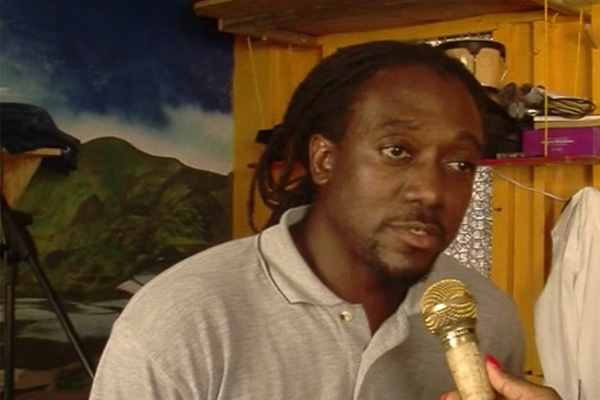 (ZIZ News) — The officers at Her Majesty’s Prison continue to find new and innovative ways of rehabilitating inmates. One such way is the through the formation of a prison band.

During a recent visit to the prison, ZIZ News spoke with the Band’s Lead Singer Omari Nisbett, who highlighted the importance of being able to play music behind bars.

In agreeing with Williams, the Band’s Engineer and Percussionist, Ruedeney Williams noted that it is also important for them to sing only positive music.

He said, “Music helps to relieve certain stress you might be going through and you get a good feeling when you play music and people dance and smile to it. I think most of all, the music helps to calm you in a way, especially because we in to more positive songs.”

Williams said the Band’s members continue to teach music and the playing of musical instruments to other inmates to ensure the continuation of the Band.

“Originally, this never started as a band, it started as a class and we now have elevated to the point where we teach ourselves so we also teach others. This is not just only about us just playing music but also teaching music and music continuing throughout the rest of the prison life I hope and as long as we can keep it going,” he said.

The musical instruments being used by the Band were donated by Operation Future and a music studio space was provided for them at the prison.

The Band’s most recent public performance was made at the annual “In the Spirit of Christmas” event in December.