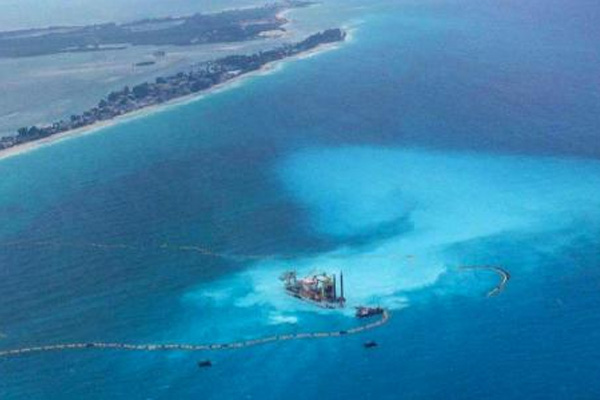 NASSAU, Bahamas — Reversing a decision of the Bahamian Court of Appeal, the Privy Council in London granted an injunction on Friday halting a dredging project that is part of Resorts World Bimini’s major resort development on Bimini.

The Judicial Committee of the Privy Council said it disagreed with an earlier ruling by the Court of Appeal on Monday, which denied an application for an injunction of the work being done by the developers.

That application had been made by the Bimini Blue Coalition, a local environmental group concerned about the impact of the dredging on the sensitive marine environment surrounding the dredge site.

The injunction was granted until such time as Resorts World Bimini, owned by Malaysian conglomerate, the Genting Group, is able to prove to the Bahamian courts that it can “rely” legally upon the permit it has for the dredging.

Fred Smith, a lawyer for the environmental group, said: “The Bimini Blue Coalition is ecstatic that the rule of law has prevailed. I think this is a watershed moment in The Bahamas. It is a signal to the government that you must respect the local people.”

Resorts World Bimini, in a statement, said it has “temporarily” halted the dredging, which began at the site just over a week ago, in compliance with the order.

“We have all permits in hand and will provide the necessary documentation to lift the injunction expeditiously so that we can continue to provide Biminites with jobs, complete the construction of the cruise pier and open the full destination resort that Biminites and tourists alike are looking forward to,” said Michelle Malcolm, director of public affairs for the resort.

Resorts World Bimini is carrying out the dredging work in the waters off Bimini as part of its plans to construct a 1,000-foot ferry pier and manmade island that will allow its cruise ship bringing day-trippers from Miami to its resort on the island to dock.

The company, which is building a 350-room hotel on Bimini, scheduled to open later this year, claims the project will bring an economic boost to the island of 1,600 people.

Its development plans were challenged when the Bimini Blue Coalition brought an action against Resorts World Bimini questioning whether permits for the dredging activity had been properly obtained. The action also named Bahamian prime minister Perry Christie and other government officials involved in the permitting process as respondents.

The Privy Council agreed with the coalition in court on Friday that there was a strong case to be made that the original permit for the dredging held by the resort was not obtained under the applicable law.

When attorneys for Resorts World Bimini presented another permit to the London court obtained under the law that the coalition had argued to be the appropriate one, the Privy Council suggested it was granted at the last minute and therefore that there remained issues over its validity.

The Privy Council said that Resorts World Bimini and the government officials named should go to the Bahamian courts to make their case for whether their permit to dredge is valid, and if the injunction should therefore be removed.

Resorts World Bimini has maintained that it is operating in accordance with the law and committed to protecting the environment.