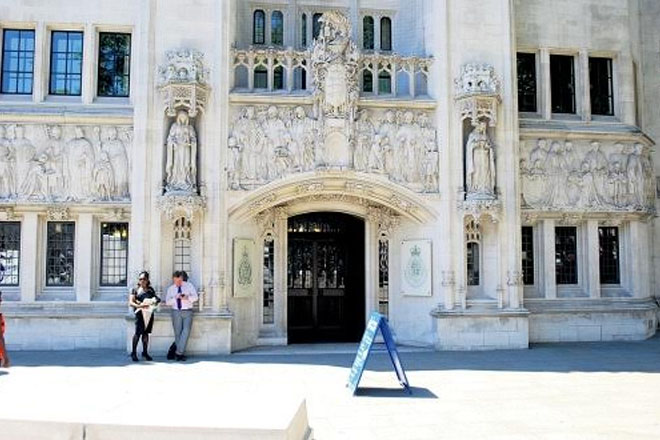 The Judicial Committee of the Privy Council had, five years ago, signaled its willingness to travel to Jamaica to hear cases, the Jamaica Observer has learnt.

The London-based court made the offer to then Attorney General and Justice Minister Senator Dorothy Lightbourne in an April 16, 2010 letter, a copy of which was obtained by the Observer.

“Late last year, John Almeida of Messrs Charles Russell indicated that the Government of Jamaica wished to explore the idea of a visit by the Judicial Committee to conduct hearings in Jamaica on a future date,” the court’s Acting Registrar Louis di Mambro told Lightbourne in the letter.

“I am writing to let you know that Lord Phillips and Lord Hope would be delighted if a formal invitation were to be extended, say, for 2011,” di Mambro said.

He raised the issue of the cost of the court travelling to the island, saying that he had delayed writing to Lightbourne until they had an idea of the cost involved in the board’s first sitting overseas that year.

That sitting was apparently in Mauritius as di Mambro pointed out that the board, which comprised five judges, would have been accompanied by three members of staff.

The Observer was yesterday unable to determine how the then Government responded to the offer. However, the itinerant nature of the court runs counter to arguments put forward by Justice Minister Senator Mark Golding in the Upper House last Friday as he opened the debate on three Bills related to the Government’s determination to make the Caribbean Court of Justice (CCJ) Jamaica’s final appellate court.

Golding had argued that for centuries the vast majority of Jamaicans have been denied the right to appeal their cases to the Privy Council because it sits in London.

He said that the Privy Council, for the most part, only hears appeals from two categories of Jamaicans — convicted murderers who are facing the death penalty, and “the wealthy individual or corporation in Jamaica that can afford the enormous costs, amounting to many tens of millions of dollars, that are required to take an appeal to the Privy Council”.

He said that for the vast majority of Jamaicans, if they lose their appeal in the Jamaican Court of Appeal, “that is the end of their recourse to the law for protection of their rights, even though there may be a right to a further appeal to the final court in London”.

Added Golding: “The Privy Council is fundamentally inaccessible to most Jamaicans. Litigants and their counsel need visas to travel there, which are not available as of right.”

However, in his letter to Lightbourne, the Privy Council’s acting registrar said the board was “very conscious of the cost involved when it sits overseas and has sought to reduce the numbers of staff who accompany the board”.

Debate on Jamaica joining the CCJ in its appellate jurisdiction has been controversial, with the Government insisting that the country shed the Privy Council, which it has described as one of the last vestiges of colonialism.

However, the Opposition has argued that any such decision should be made by the Jamaican electorate in a referendum.

Last Friday, Golding said that the Privy Council has no security of tenure under Jamaican law, as it is not protected by entrenchment in the Constitution. As such, he said, it could be abolished by a Bill supported by a simple majority in both Houses of Parliament.

“We believe a referendum would be a huge mistake,” the justice minister said.

However, Opposition Senator Alexander Williams disagreed with Golding, stating that the country’s final appellate court would require the greatest level of protection if it were to succeed, adding that a two-thirds vote “may not necessarily represent the will of the Jamaican electorate”.

“We need to be very careful about what we are doing. It is my view that our final court should be deeply entrenched to protect it from any possible interference by our political parties, who might jointly dislike its decisions and seek to remove it by a two-thirds majority vote in Parliament,” Senator Williams insisted.

Jamaica’s contribution to that fund is US$27 million.

The CCJ was inaugurated in April 2005 to replace the Privy Council. In addition to acting as an international tribunal interpreting the Revised Treaty of Chaguaramas that governs the regional integration movement, the court has original and appellate jurisdictions.

Up to March this year, only four of Caricom’s 15 member states — Barbados, Belize, Guyana, and Dominica — had replaced the Privy Council’s appellate jurisdiction with the CCJ.

Trinidad and Tobago, which hosts the court, has not done so.