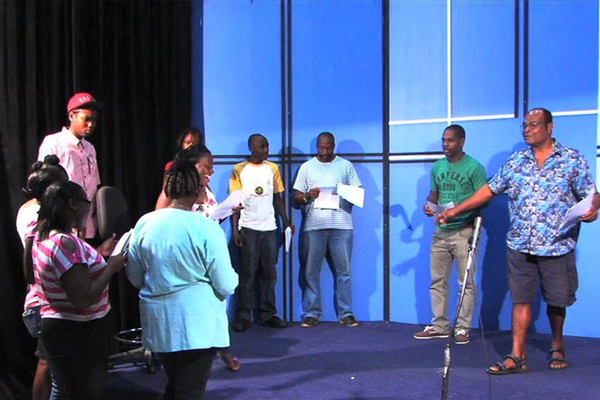 Production to Start Soon on “The Pembertons”

(ZIZ) The cast for ZIZ’s new sitcom, “The Pembertons”, has been announced.

Last Saturday (February 1st), the cast of the show met and had final discussions for what seems to be the beginning of a long journey.

Sonia Boddie, Tristan Duncan, Clare Greenaway, Tremisca Douglas, Jamella Fraser and Ramón “Shaq” Benjamin are just a few of the leading cast members that were chosen for the sitcom.

Production Manager of the show, Bevin Wilkinson said, “Right now we’re still in the pre-production stage. We’re just trying to clear up and confirm a few more things before we actually begin production because when we start production, we want to be as efficient and as concise as possible.”

“The Pembertons” will be a comedy television series about island folks based in St Kitts.