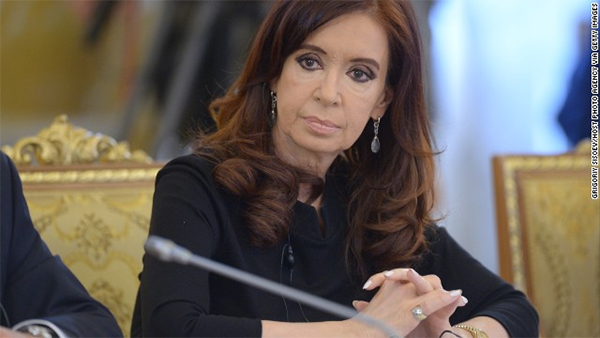 Prosecutor filled with fear before his mysterious death, friend says

(CNN) — Diego Lagomarsino is among the few who can offer clues about the puzzling death of Argentine prosecutor Alberto Nisman.

The IT security expert was one of the last to see Nisman alive.

Nisman was found dead in his apartment days after filing a report accusing the country’s top leaders of covering up Iran’s involvement in Argentina’s worst terrorist attack. It looked like a suicide, but now even the government has doubts that is the truth.

So when Lagomarsino decided to address reporters on Wednesday, it should have been an unequivocally illuminating event. But like so much of the information surrounding Nisman’s mysterious death, seeds of doubt had already been planted.

In addition to being an assistant to Nisman, Lagomarsino is the one who gave the prosecutor the gun that ended his life and is the only person charged in connection with his death.

Lagomarsino faces up to six years in prison if convicted of providing Nisman with the gun.

With this hanging over his head, Lagomarsino broke his silence, saying that he committed no crime and that he let Nisman borrow the gun at the prosecutor’s insistence.

Nisman was fearful about his safety after he filed his report in court and was distrustful of even the security guards that were assigned to protect him, Lagomarsino said.

The prosecutor had called Lagomarsino, who had become a family friend through the IT work he did for them, before dawn on January 17.

Nisman asked him to come over to his apartment immediately, Lagomarsino said.

Lagomarsino recalls seeing documents splayed out on a table and an anxious Nisman spilling his fears.

The prosecutor was worried about repercussions for the accusations he levied against the government. He alleged that President Cristina Fernandez de Kirchner and Foreign Minister Hector Timerman, among others, conspired to cover up Iran’s involvement in the 1994 bombing of a Jewish community center in Buenos Aires in exchange for a friendly trade deal.

In the days after he filed the complaint in court, Nisman didn’t even venture out to buy groceries. He had his mother do that for him, Lagomarsino said.

“I am more afraid of being right than being wrong,” the IT engineer remembers Nisman telling him that morning.

He was afraid that his daughters were in danger, Nisman told Lagomarsino.

The prosecutor said he didn’t trust his security guards, and asked Lagomarsino if he had a gun he could borrow. Lagomarsino went back home and thought about the request. When Nisman called again, insisting that he bring the weapon over.

According to Lagomarsino, Nisman claimed he would not use the gun and only wanted to have it in his glove box in case of an emergency.

So Lagomarsino returned to Nisman’s apartment, handed him the weapon, and then left.

He texted Nisman later that afternoon to check in on him.

Nisman, who had been investigating the 1994 bombing of the Argentine Israelite Mutual Association (AMIA) that killed 85 people, died from a gunshot wound to the head. The gun that Lagomarsino had given him was near the body, along with a shell casing.

His body was found on January 18, the day after his conversation with Lagomarsino, and the day before he was to testify before lawmakers about his allegations. An autopsy was performed the next day.

President Fernandez was quick to call it a suicide but changed her story a few days later. A test found no gunpowder residue on Nisman’s hands, as would have been expected if he had pulled the trigger.

On Wednesday, Nisman’s body was returned to his family after his ex-wife declined to have additional tests conducted on the body, the state-run Telam news agency reported.

The prosecutor’s funeral is scheduled for Thursday.

Even before Nisman died, Fernadez’s government vehemently denied that it had covered up anything relating to the 1994 bombing.

The government’s Cabinet chief has said that Nisman was swayed by information from Antonio “Jaime” Stiusso, a former Argentine intelligence chief. Stiusso was ousted from the intelligence agency in December.

Government officials have implied that rogue intelligence agents misled Nisman to attack Fernandez and then killed him when they no longer needed him.

Many of the small details in the case fuel the conspiracy fire.

In the days after Nisman’s body was found, state media published what it described as a social media message from Nisman to friends explaining that he had to cut a vacation to Spain short so he could return to Argentina and file the report against the President.

On Wednesday, the prosecutor investigating Nisman’s death, Viviana Fein, told reporters that there is no evidence that Nisman suddenly changed his plans. Records show that his return from Spain had been planned weeks before.

There have also been reports linking Lagomarsino to the former intelligence agent Stiusso. The IT man’s lawyer denied that the two knew each other.