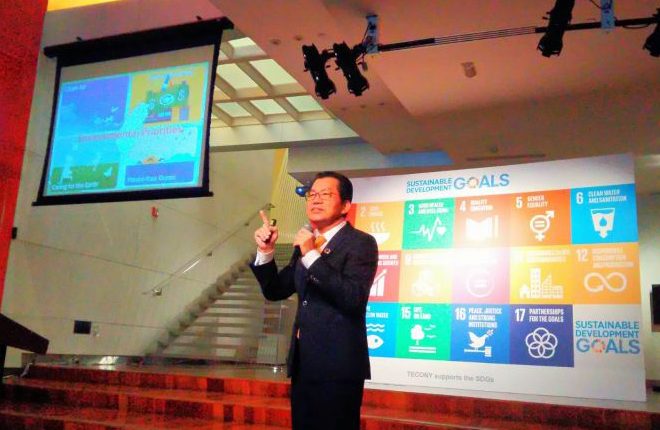 Protecting Our Planet through Climate Action on Multiple Fronts

Republic of China (Taiwan) says Climate change is a scientific fact, and its effects are already being distinctly felt around the world, threatening human health, the places we inhabit, and the sustainability of our socioeconomic systems.

This includes Taiwan, which this year alone has experienced several extreme weather events. In early June, Sanzhi District in New Taipei City, northern Taiwan, received 615 mm of heavy rain in just nine hours, while the mountainous regions around Kaohsiung in southern Taiwan received a record 1,446 mm in total.In late July, two typhoons (Nesat and Haitang) struck the island in close succession, a rarely seen event resulting in a record 690mm of rainfall in the southern coastal region of Pingtung’s Jiadong township over a three-day period. This long-duration high-intensity rain broke records and caused serious property damage. Then, in August, northern Taiwan suffered a heat wave with sustained temperatures of above 37°C, surpassing all heat waves recorded over the last 100 years. International scientific reports have also confirmed that average global temperatures in 2016 were the hottest on record.

These examples offer irrefutable evidence thatclimate change is real and already happening, with dire consequences. However, we must not feel all is lost. Rather, we must recognize that the planet’swellbeing is inextricably linked to humanity’s survival,and seize the opportunity totransform the way we live through direct actions.

In order to build capacity for clean energy generation in Taiwan and improve air quality, the government has set an ambitious target of an overall energy mix of 20 percent renewables and 50 percent natural gas,with coal dropping to 30 percent, by 2025. Similarly, it has amended the Electricity Act to spur the development of green energy, adopted the Energy Development Guidelines and,through public participation, developed the Energy Transformation White Paper to help accelerate the transition.It also provides incentives,such as those involving financing, investment capital, funding channels, and personnel training, to enlist the help of business and industry in developing green energy technologies.

In short, Taiwan is doing all it can to combat climate change in line with the Paris Agreement, and is striving to cut carbon emissions to 50 percent of 2005 levels by 2050.

In the endless pursuit of economic development, societies the world over have made excessive use of fossil fuels and squandered Earth’s natural resources.We are paying a heavy price today with not only climate change, but also serious environmental destruction and pollution. Taiwan’s efforts over the years to promote recycling and waste reduction has caught the world’s attention. In May 2016, the Wall Street Journal published an article entitled “Taiwan: The World’s Geniuses of Garbage Disposal.” It points out that Taiwan, once dubbed Garbage Island, has since become a recycling poster child, ranking among the top three countries in the world for its initiatives to promote a circular economy. These include creating an industrial value chain, setting up special circular economy zones,and exploring business opportunities to make the necessary industrial transformation. It is hoped that,by 2022, Taiwan will have become a circular economy hub in Asia, with a healthy regenerative economy that can continue to grow while reducing waste, and help light the way towards a sustainable world.

Leaders around the world, including the Pope, are increasingly calling for more to be done to combat the threats brought by climate change. The leader of Taiwan, President Tsai Ing-wen, has pledged that this country will be an unrelentingly positive force in pursuing the solutions so desperately needed to preserve our planet for future generations. Through bilateral agreements and multilateral cooperation, Taiwan has for a long time now quietly gone about fulfilling its role as a responsible member of the international community. We want nothing more than to work with other countries, and do all that can be done to tackle climate change. We will happily share our experience and knowledge in environmental protection, particularly with those countries that really need help. Taiwan wants to be a contributor to the green energy policies, green industries, and green employment we must create to protect our planet.