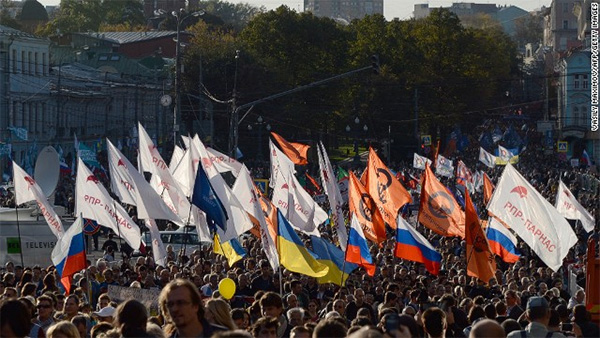 (CNN) — Several thousand people in Moscow took to the streets Sunday to protest the war in Ukraine and how the Russian government has handled the crisis there, CNN has learned.

It’s unclear if anyone was detained.