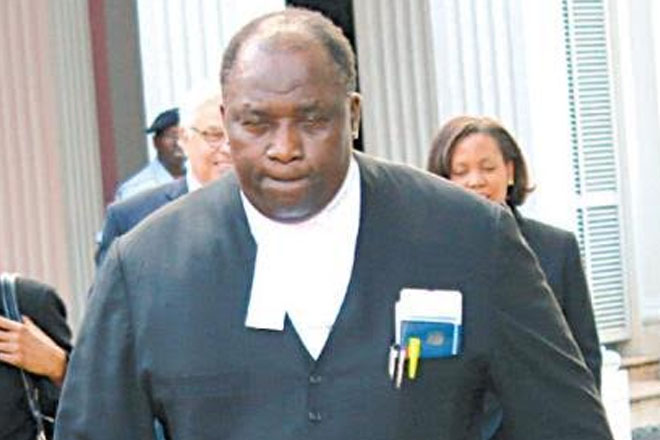 “I purpose the appointment of provisional liquidators with considerable limited powers,” Winder said.

Winder said on the evidence presented to the court, it is clear that Baha Mar is insolvent.

The substantive winding up of Baha Mar will be heard on November 2nd.

Winder said since June there has been no improvement in the company, adding “things have gotten worse”.

“I find that it is necessary that provisional liquidators be appointed while the domestic matter continues,” he said.

He said provisional liquidators are needed to prevent the dissipation of the companies’ assets.

“It is truly regrettable that the parties have not been able to find a resolution to this matter,” he added.

The appointment of KRyS Global and AlixPartners Services UK was not met with opposition from Baha Mar’s attorney, James Corbett.

Corbett raised the issue that the government had previously proposed professionals from Ernst and Young.

Peter Knox, QC, who appeared on behalf of the government, said, “We do not support the appointment of Ernst and Young”.

Attorney Wayne Munroe, who appeared on behalf of the Gaming Board, questioned why Ernst and Young was still hanging around the court.

Representatives from Ernst and Young, as well as their attorney, were present in court on Friday.

Knox and Corbett will draft an order for the provisional liquidators’ powers as well as costs and present them to the court next week.

The two attorneys, as well as Winder, spent a considerable time in court deciding the extent of the provisional liquidators’ powers.

During the three-day hearing, Knox had argued that the court should wind up Baha Mar and appoint a provisional liquidator because under its current management there is no prospect of the project opening in the foreseeable future.

Knox said the government is not seeking to “wind up Baha Mar today”, but to have provisional liquidators appointed who may be able to reach a compromise with Baha Mar’s contractor and complete the resort.

But Corbett argued that the court should dismiss the government’s petition.

He said the argument that the appointment of joint provisional liquidators will solve Baha Mar’s problems is misguided and compared it to someone sprinkling “fairy dust” on a situation and hoping for the best.

Winder struck out the government’s original winding up petition, which was filed by the attorney general on July 16th.

“I find the original petition grossly irregular,” he said. He ordered the attorney general to pay costs to the respondents.

But Winder said he did not find the seven new petitions, filed by the government in August, to be so bullish as the original petition, regarding its arguments that winding up Baha Mar is just and equitable.

He ordered that the existing petitions save for the Gaming Board’s, go forward as creditor petitions.

As noted, the government filed seven new winding up petitions against seven of the Baha Mar companies last month.

Knox is representing the interest of the National Insurance Board, the Water and Sewerage Corporation, the Bahamas Electricity Corporation and the Treasury of the Bahamas.

Baha Mar filed for Chapter 11 bankruptcy in the US District of Delaware on June 29th.