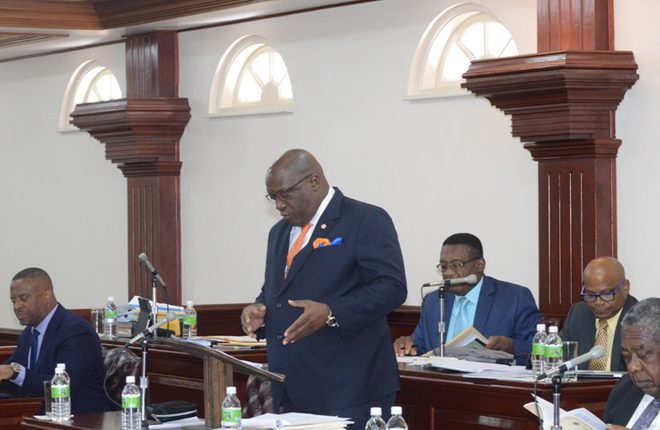 (SKNIS):After two days of intense debate among parliamentarians in St. Kitts and Nevis,the Public Accounts Committee Bill, 2017,was passed into law on Friday, August 11, in the House of Assembly to provide better oversight on public expenditure.

The legislation also outlines how often the Committee should meet, what constitutes a quorum, how voting should be conducted, the power of the Committee to summon witnesses and who can be called as a witness, among other matters.

Prime Minister, Dr. the Honourable Timothy Harris, was the mover of the Bill. He described the Bill as “historic” and said that it would set the legal framework for the proper functioning of a Public Accounts Committee. The prime minister said, “we open government to the sunshine of public scrutiny because we do not intend to hide the public’s business from the people.”

Equally important, the National Assembly Elections (Amendment) Bill, 2017, was also passed into law on Friday, August 11. The Fourth Schedule to the Principal Act was amended by replacing section 70(4) to now read “The duties and powers of the Public Accounts Committee shall be in accordance with the provisions of the Public Accounts Committee Act, 2017.”