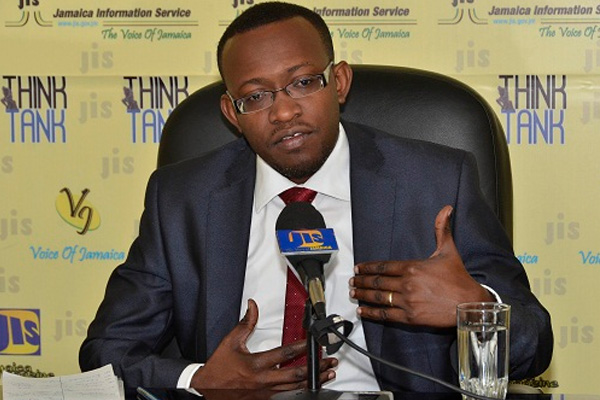 Kingston, Jamaica (JIS) — Acting Public Defender, Matondo Mukulu says that total of 657 of 800 outstanding cases have been resolved by his team, since he assumed office in April this year.

Speaking at a recent Jamaica Information Service (JIS) Think Tank, at the Agency’s offices in Kingston, Mukulu said that his office has been depending, to a great extent, on its statutory powers granted by Parliament, to reduce the number of cases which have been unresolved for more than two years.

Resolving cases more efficiently has been one of the primary focuses of the Office of the Public Defender (OPD), since April this year.

“We have the power, under our statute (Public Defender (Interim) Act), to summon persons who we need to get information from. If they disobey this summons, proceedings can be brought against them, as the statute empowers us to do so,” Mukulu outlined.

He said that when citizens file complaints, they will receive a response from his office within 21 days, “whether we have written to a government state body and they have responded, or not.”

“We do not intend to use (these) powers in an ad hoc and unplanned manner, nor will we hesitate to use them. I think this is something that we have (had) trouble with in the past… not using our powers (adequately),” the Acting Public Defender said.

Meanwhile, Mukulu indicated that, invariably, persons may not be advised of resolutions his office has secured because they (OPD) are bound by a strict code of confidentiality under the statute.

Mukulu was appointed to act as Public Defender following the retirement of his predecessor, Earl Witter, in April after seven and half years in the job. Mukulu served as Deputy Public Defender to Witter.

Mukulu will act as Public Defender until a new appointment is made by the Governor-General.