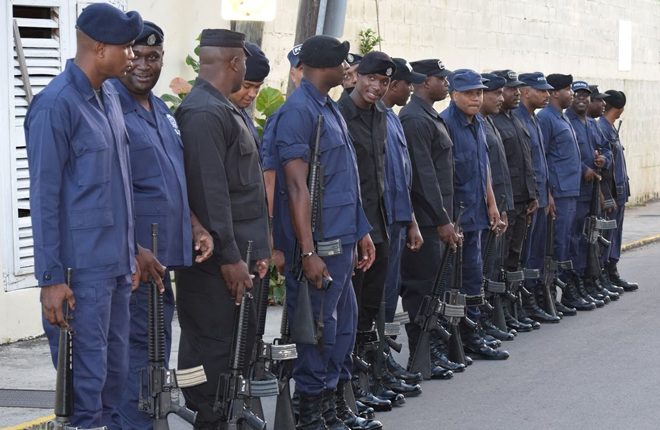 According to a police report on Wednesday morning police conducted an operation in Keys Village.

While approaching a premises in the area they saw four males in a yard. The men began running when they saw the police approaching. The police pursued. While chasing the persons, one of the men threw what appeared to be a bag over a wall.

Upon inspection, the bag contained what appeared to be pistols and a large quantity of ammunition.

During the chase of another individual, police came across another bag containing what also appeared to be pistols, a quantity of marijuana and a large amount of assorted ammunition.

The guns and ammunition were taken into police custody along with a rental vehicle.

Technicians from the Forensic Department visited and processed the scene.

He is currently being sought by the police. Police investigations into the matter are ongoing.