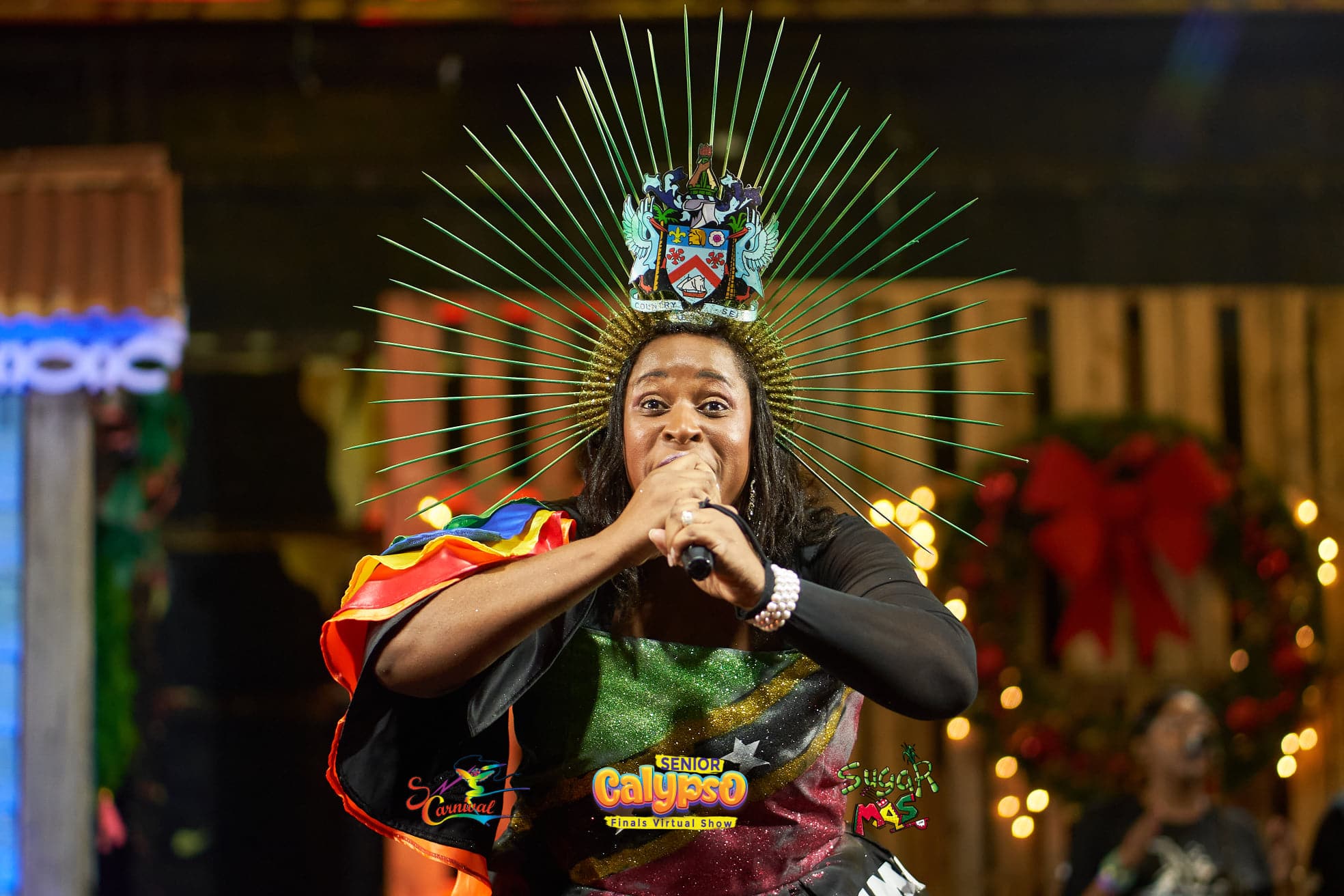 Her performance of “We’re In This Together” racked up 384 points to take the crown.

In an interview with ZIZ news, Queeny G, whose real name is Gloria Esdaille-Robinson expressed elation at her win after being included in the finals due to an auditor error occurring at the quarterfinal stage.

“It’s surreal, I feel so humbled and honored at the same time, I’m overly excited, I texted someone I’m over the moon about the result especially knowing that from the beginning having gone through the eliminations that I didn’t end up in the final initially and then through some error, through some divine intervention…that I ended up placing 19th and got this opportunity to present again to the public.”

She spoke of her mindset going into the competition on Tuesday.

“I told myself I don’t have anything to lose and perhaps it propelled me to prepare in a more solid way, to try to put myself at ease and to develop that confidence to be able to present the way I did, I’m still not even sure how I did what I did but just to know that the delivery of it was so well received and persons reaction from the dress, the attire down to the clarity of the voice and the expressions, my inflections, it just touched everyone and saw me emerging victorious.”

When asked what was next for her, Queeny G said she is looking forward to the Leeward Islands Competition and also making preparations to defend her crown in the 2021 Senior Calypso Monarch Finals.

“There’s the Leeward Islands Competition, I know it wasn’t staged this year but we will see what happens next year, we’re preparing and believe it or not…my right hand and I we’ve already began preparing for next year because to defend a crown is not going to be easy but trust me we will come with it, so I will just wait to hear from the Carnival Committee. There are some ideas that I have that I would like to have come to fruition particularly as it regards to honoring persons who are in the Calypso art form, too often many of the older contributors they go unnoticed and when we miss them from the arena we just miss them and that is all.”

The other Calypsonians to place are first runner up Queen Kibi with 380 points for her song “Don’t Give Up”,

And Big Lice taking the third runner up position with 361 points for his song “We Want To Know”.