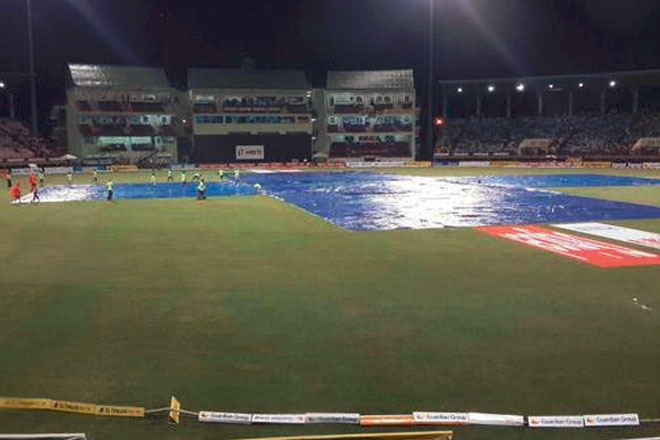 Sports Page — There was a packed stadium on hand as Guyanese nationals, residents and visitors turned up in their numbers to witness their first match of the 2015 CPL league season on home soil.

There was to be a major disappointment though, as the scheduled matchup between the Guyana Amazons and the Jamaica Tallawahs was eventually abandoned due to rain, without a single ball bowled.