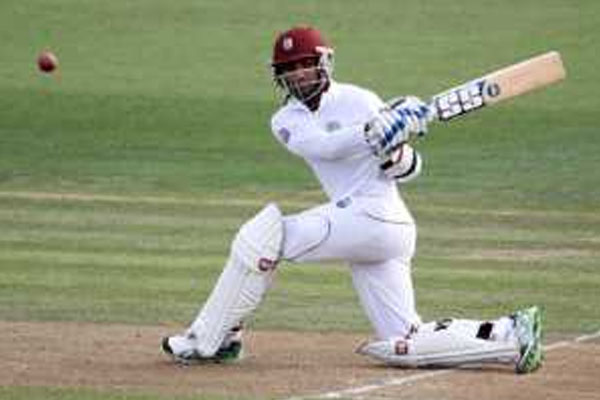 Sports Page — Denesh Ramdin believes his axing as captain of the Trinidad & Tobago squad for the forthcoming domestic four-day tournament, is “victimization”.

The West Indies Test Captain has now been replaced by allrounder Rayad Emrit, however Patrick Rampersad, a vice-president of the Trinidad & Tobago Cricket Board (TTCB), has denied Ramdin’s allegation.

Ramdin said he met the TTCB executive on November 3 to discuss the forthcoming season and admitted the move had come as a shock as he had anticipated continuing his tenure as captain.

According to the wicketkeeper/batsman, “It [the meeting] was to talk about playing for Trinidad and Tobago so I told them [TTCB], ‘Yes I will be available,’ and I said, ‘Yes, no problem, I will be at training tomorrow [November 4],’ and then they said I am no longer the captain,” he said.

Ramdin alleged he was being victimized and said that he had been asked about the abandoned India tour during the meeting with the TTCB.

“I think they are trying to victimize me and some of the other players, but I am not going to let it disrupt me mentally. I am just trying to get back into the right frame of mind to play and I know we [T&T] have a couple of games before going to South Africa so I will just try to get myself mentally prepared. We have a game against Barbados at the Oval so that is my main focus right now, to get out there and be playing cricket again.”

Meanwhile, Rampersad reportedly told the Trindad Express Newspaper that the executive could not have removed Ramdin as captain without a recommendation from the selectors.

Alec Burns, head of the selection panel, told the paper that the panel had made recommendations but could not reveal them. He said the panel could only make recommendations and that the final decision rested with the TTCB executive. Azim Bassarath, the board president, also said that players “cannot be victimized” for abandoning the India tour.