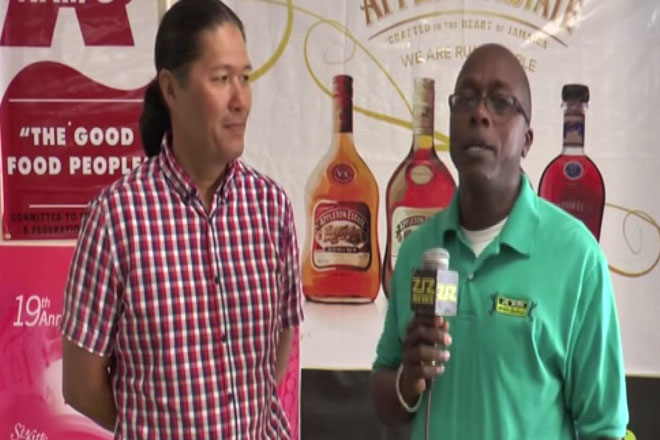 (ZIZ News) – With one month remaining before the staging of the 19th St. Kitts Music Festival RAMS Trading Company has come on board as a gold sponsor.

Lawrence said although RAMS is not a new sponsor, the company has increased its sponsorship this year.

“I’m particularly pleased.because not only has RAMS agreed to come on this year as a sponsor, but actually to increase their sponsorship from the bronze sponsor last year to a gold sponsor. That basically means a sponsorship of $54,000: $32,400 in cash and the remainder in goods and services,” he explained.

Lawrence said he hopes that other companies will follow in the footsteps RAMS Trading Company by contributing to the festival.

It was also revealed that Johnny Walker Black and Appleton are the official whisky and rum, respectively, of the festival.

The St. Kitts Music Festival will provide three nights of musical entertainment from local, regional and international artists and bands. The festival kicks off on June 25th 2015.