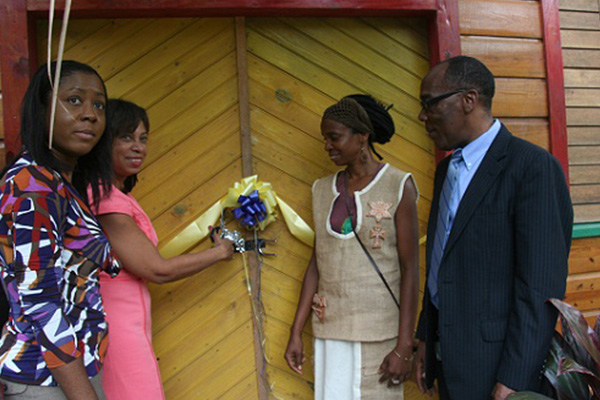 MONTEGO BAY, Jamaica (JIS) — Cultural tourism in St James is expected to be significantly boosted with the opening of the newly developed a J$23 million Rastafari Indigenous Village, situated at Irwin in the parish.

The attraction, which was officially opened on April 4, is a joint undertaking between the Jamaica Social Investment Fund (JSIF), which provided $19.5 million in funding through the Rural Economic Development Initiative (REDI), and the Rastafari Africa Hall Benevolent Society, which contributed $4 million.

Inputs were also provided by other stakeholders, including the Jamaica Tourist Board (JTB).

Tours of the Village will form a significant feature of the parish’s cultural offerings to both locals and visitors from overseas.

The project was officially opened by State Minister for Industry, Investment, and Commerce, and Member of Parliament for West Central St James, where the attraction is situated, Sharon Ffolkes-Abrahams.

Ffolkes-Abrahams welcomed the project’s opening and thanked all of the stakeholders contributing to its development.

The State Minister described the Village’s concept as “a great vision of how we can do community tourism projects”, while highlighting the use of indigenous materials, particularly bamboo.

Noting the Government’s focus on using bamboo to develop and advance Jamaica’s craft and creative industries, Ffolkes-Abrahams contended that this is “a way forward for rural development.”

She said, in keeping with this, the Ministry is currently developing a special bamboo project. She further advised that a mini-conference, focusing on bamboo is slated to be held in Jamaica involving representatives of the Governments of Jamaica, and People’s Republic of China.