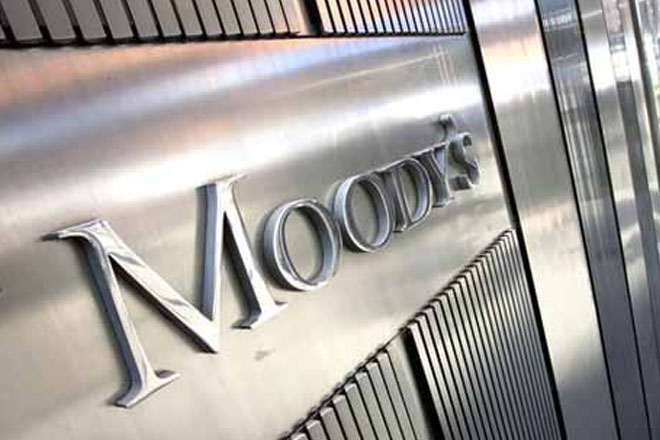 Nassau, Bahamas — Days after ratings agency Standard & Poor’s (S&P) downgraded The Bahamas’ credit rating, another agency slashed the country’s economic growth estimate from 2.2 percent to 1.7 percent and urged the government to “exert a greater effort to rein” in spending.

Although Moody’s Investors Service did not downgrade the country’s rating, in its “credit analysis” of The Bahamas released on Monday, the ratings giant noted that Baha Mar’s delayed opening and protracted legal battle has “jeopardized” the anticipated economic growth of the country and raised concerns regarding future foreign direct investment.

“The opening has been delayed since the parties involved in its development are in the midst of a legal dispute that has already postponed the opening until, at the earliest, the first half of 2016,” the report said.

“Our baseline is that a resolution to the dispute will be achieved and the project will most likely be completed before the summer of 2016.

“However, owing to the delay we have already reduced our estimate of economic growth in 2015 to 1.7 percent from 2.2 percent.

“Further postponement will impair economic growth next year and slow the pace of the government’s fiscal consolidation effort.”

Moody’s warned that should the current legal dispute further delay the resumption of construction and the opening of the resort into the second half of 2016, “which is increasingly likely, we would reduce next year’s growth forecast to 1.5 percent-2.0 percent.”

Government officials previously said they did not calculate Baha Mar revenue into its estimates, but Moody’s still projected a dip in government revenue as a result of the delay.

“Accordingly, the pace of fiscal adjustment would slow and the authorities would need to exert a greater effort to rein in expenditures. Nonetheless, fiscal deficits will continue to narrow, albeit less than the government’s and our previous expectations.”

The government projected a deficit of 1.5 percent of GDP in 2015/16 but Moody’s projection was less optimistic.

“…We forecast a deficit of 2.2 percent during the same period, presuming Baha Mar is completed in the first half of 2016,” Moody’s said.

“Although we anticipate, following the completion of Baha Mar, that the government’s debt-to-GDP ratio will decline to slightly above 60 percent, which still exceeds the 40 percent median for Baa-rated sovereigns, debt levels will remain relatively stable at around 65 percent if the project remains unfinished.”

The Bahamas government has filed a winding up petition to bring Baha Mar’s affairs under the control of Bahamian courts.

Winder will rule whether to accept or throw out the government’s request to appoint provisional liquidators under the petition on September 4th.

Moody’s said a protracted delay in the opening of the resort will also slow the reduction in the external deficit and lead to a greater accumulation of external debt unless foreign direct investment (FDI) increases.

Highlighting the “high profile” legal battle for control of Baha Mar, Moody’s raised questions regarding the ease of doing business.

“Additionally, the ongoing legal quarrel and the possibility that the developers may lose control of the resort through the liquidation process raises concerns regarding The Bahamas’s dispute resolution mechanisms and the ease of doing business in the country,” the report said.

“Although, at the time, we do not foresee risks to most projects, the large scale and high-profile nature of the Baha Mar project may raise concerns for other large FDI projects.”

Moody’s said it “will reassess our forecasts for growth, balance of payments, and the fiscal accounts based on the outcome of the legal dispute surrounding Baha Mar”.

As mentioned above, last week (S&P) downgraded The Bahamas’ credit rating and placed the country’s economy on a negative outlook.

The action was taken due to the short-term “economic shock” brought on by Baha Mar’s bankruptcy filing and an increasingly “remote” chance of a quick settlement in the resort’s legal battles.

S&P dropped its foreign and local currency sovereign credit rating for The Bahamas, a measure of the strength and viability of the economy, from BBB/A-2 to BBB-/A-3, remaining just within the agency’s ‘investment-grade’ category.

Moody’s also noted the broad economic, fiscal and debt-related benefits that the opening of the mega resort would have on the economy.

“The eventual opening of Baha Mar will increase the inflow of tourists to The Bahamas, which along with higher local employment, will boost economic growth to over two percent annually during the first two years of the resort’s operations, while contributing to growth of around 1.5 percent in the subsequent years, above the 1.1 percent average in 2010-14,” Moody’s said.

“Consequently, stronger economic growth and higher tourist arrivals will increase tax revenues. Higher revenues will enable the government to continue its significant progress in reducing the fiscal deficit, which has already benefited from the introduction of the value-added tax (VAT) in January 2015.”