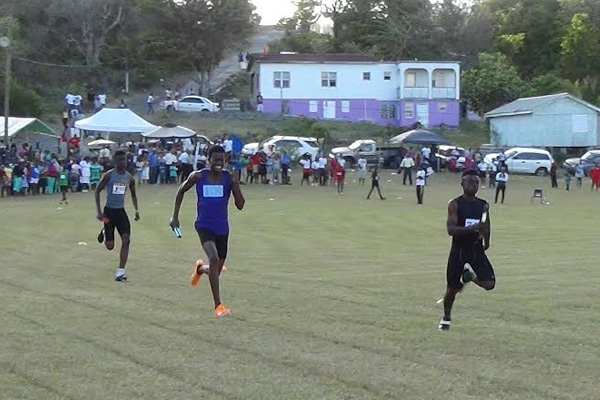 Sports Page — It was tremendous excitement—REAL TIME, as the athletes at the Gingerland Secondary school showed off their athletic skills during their annual sports meet.

The meet was held at the Gingerland Recreation Grounds on Tuesday 24th February, under the patronage of past outstanding athlete, Miss Nadia Kelly.

There were several epic battles and several records were broken in the process.

The most outstanding athlete of the day was Leroy Chapman who had previously broken the longstanding senior boys’ cross country record of Thynel Martin.

Even he though, would be beaten in the 100 meters.

The race of the day though, was the senior boys’ 100 meters, which created some serious controversy as Javani Somersall and Mc Clevan Watkins seemed to tip the finish line simultaneously.

The video replays were shown over and over before chief judge Joseph Liburd, called it in favour of Watkins

At the end of the day, the final results were as follows: