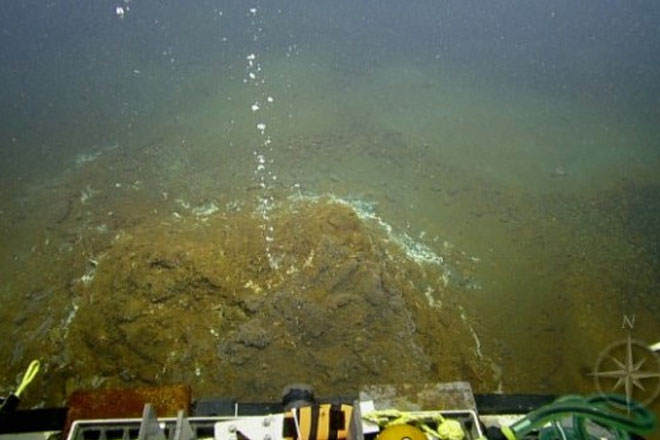 Recreational divers have reported seeing some “degassing” on the seafloor off Grenada’s coast as gas-rich magma bubbles.

If this trend continues, a decision will be made to lower the alert level. However, the Orange alert level currently remains in effect.

The Kick ’em Jenny volcano was rumbling on Thursday and regional disaster authorities were put on alert, though they said it posed no threat of triggering a destructive tsunami. Since its discovery in the 1930s, Kick ’em Jenny has erupted beneath the surface of the Caribbean Sea at least 12 times, most recently in 2001. The volcano, which rises 1,300 meters (4,265 feet) above the seafloor on a steep slope of the Lesser Antilles ridge, has not caused any known deaths or injuries.

However, Kick ’em Jenny is of great concern to local governments. Past eruptions during the last century (1939, 1965) resulted in observed deep water tsunamis, with the one in 1939 being measured at 1m (3ft) high.