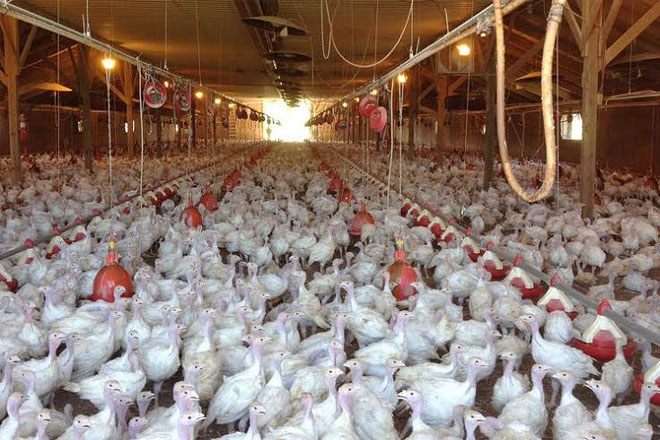 (Caribbean360) Bridgetown, Barbados – Agricultural officials are pushing for heightened biosecurity on poultry farms across the region in a bid to prevent avian influenza – better known as bird flu – from wiping out the multimillion poultry industry.

Livestock Development Officer at the sub-regional office of the Food and Agricultural Organisation (FAO), Dr Cedric Lazarus said there is a strong likelihood that the disease, which caused the culling of millions of turkeys and chickens in the United States earlier this year, could reach the region.

He warned that this could devastate Caribbean countries and urged regional farmers to prepare for such an eventuality.

“If it comes back to the United States this year it is likely that it could come to the Caribbean and if it comes to the Caribbean then the countries that are big producers of poultry namely Trinidad and Tobago, Jamaica, Barbados, Guyana and even St Lucia to a certain extent would be affected,” Dr Lazarus warned.

Officials have embarked on an 11-country region wide campaign to promote on-farm security, holding the first such workshop in Barbados on the weekend.

Barbados’ representative at the Inter-American Institute for Cooperation on Agriculture (IICA) Ena Harvey estimated that more than 90 percent of the hatching eggs and chicks required in the production of table eggs and broiler meat in the Caribbean are sourced through the US.

She noted that the poultry industry has been performing well, and in the case of Barbados, broiler chickens were on track to surpass the one million mark for the first time.

“With our heavy dependence on the importation of hatching eggs, and day-old chicks from the USA and given our high level of consumption meat products…our very food security and the livelihoods of the producers, our tourism industry, across Barbados and the region are under threat,” she added.