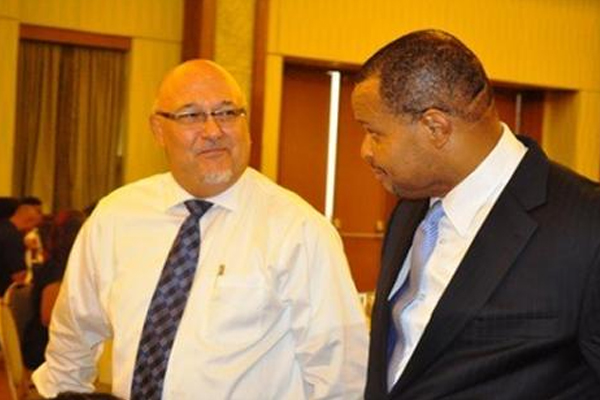 In a statement published on Tuesday, Sagicor president Dodridge Miller said the recommendation to re-domicile its registered office followed S&P’s downgrade of entities within the Sagicor Group as a direct result of the Barbados sovereign downgrade.

Miller’s statement said the Sagicor Group needs to restore its credit rating and a re-domicilation of Sagicor will result in its registered office being relocated from Barbados to a country with an investment grade rating.

He said consideration is being given to a number of locations, including Trinidad and Tobago, the United States, Luxembourg and the United Kingdom.

“There are several steps involved in this process and subject to shareholder approval, we expect to have it completed by the end of 2015,” Miller said.

Barbados Prime Minister Freundel Stuart defended Sagicor’s decision to re-domicile, saying it is not a loss of confidence in Barbados.

He told his audience at a Barbados Chamber of Commerce and Industry’s luncheon: “Barbados will benefit from Sagicor’s improved performance in the same way that Canada, the United States and the United Kingdom benefit from the improved performance of their companies domiciled here. Directors have to make hard business decisions, and not decisions based on sentimentality.”

Sagicor Financial Corporation is a corporate descendant of the Barbados Mutual Life Assurance Society, which came under the microscope in Barbados in 1989 over its structure.