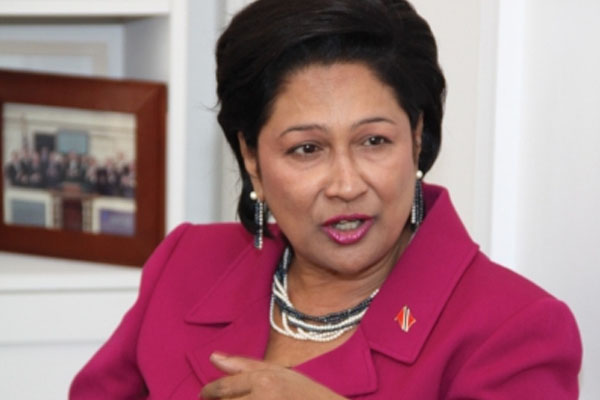 Regional leaders meet in Cuba next month to discuss terrorism

Port of Spain, Trinidad (CMC) — Caribbean Community (CARICOM) leaders will have “more structured discussions” on a regional response to international terrorism when they meet in Cuba later this year, Trinidad and Tobago’s Prime Minister Kamla Persad Bissessar has announced.

Speaking at the end of the special CARICOM meeting on the Ebola and Chikunguyna viruses on Tuesday night, Prime Minister Persad Bissessar, who has lead responsibility for security within the quasi-CARICOM Cabinet, told reporters that she had raised the issue of the Islamic State of Iraq and Syria (ISIS) in the Middle East with her regional counterparts.

“The CARICOM heads agreed that more structured discussions on this matter and security concerns will be held during the CARICOM Cuba summit in December, and also suggested, which Trinidad and Tobago has agreed to, that we set up special meetings dealing with intelligence heads as well as Commissioners of Police.

“I do know there was a meeting of Commissioners of Police from the region which was held fairly recently coordinated by IMPACS (CARICOM Implementation Agency for Crime and Security) and therefore we continue in that vein, but moving also together with the intelligence agencies of the CARICOM region”.

She said she hoped CARICOM is “able to take a regional stand on this issue also, that of ISIS in the near future.

“I believe we are all on the same page where this is concern and will be wise to indicate this to the international community,” she said.

Trinidad and Tobago has a number of its nationals fighting alongside members of the ISIS terrorists groups in Syria and Iraq.

In September, Trinidad and Tobago co-sponsored a United States resolution at the United Nations against terrorism.

“As a firm believer in the ability of the United Nations to contribute to the resolution of international problems such as terrorism, Trinidad and Tobago has studied the text of the resolution (S/2014/688) and finds that despite some imperfections, the resolution provides a useful platform for the launch of greater international cooperation in the battle against terrorism,” Persad-Bissessar said in her statement to the UN Security Council meeting.