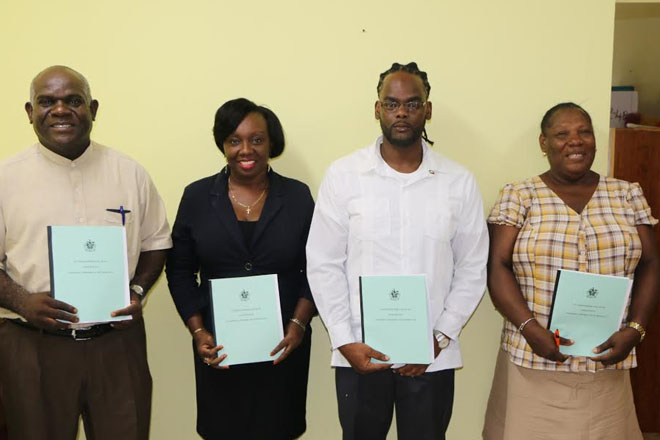 (ZIZ News) – Registration Officers were sworn in on Monday afternoon at the St. Christopher Electoral Office, in the presence of Supervisor of Elections, Elvin Bailey and Acting Manager of the Electoral Office, Amicia Mussenden.

Jeffery Berry Senior was named Officer for St. Christopher Number Five. He was unavailable at the time of the swearing in.

The Supervisor of Elections said interviews continue for other constituencies.

“We’re in the process of interviewing for Constituency Number One but we’re making small steps towards the completion of the team that will see about the restoration of democracy in St. Christopher and Nevis,” he noted.

Bailey said the responsibilities of the Registration Officer are many and varied.

“Essentially, what they have to do is ensure that the persons who apply for registration as voters do in fact live in the constituency they claim they want to be registered. That in a nutshell will be their main duty and there are some associated duties along with that,” he said.

Each officer received a copy of the National Assembly Elections Act of St. Christopher and Nevis with amendments which will serve as a guide in the process of registration of persons to vote.

Meanwhile, on the sister island of Nevis, the two incumbent Registration Officers are Clifford Griffin and Leroy Jones.