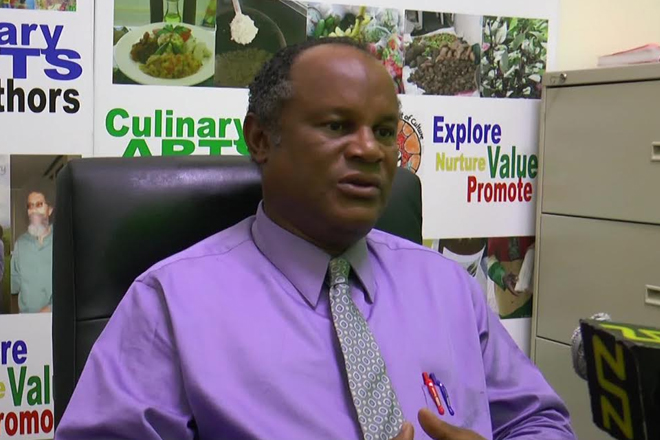 Reintroduction Of Folklore Troupes In 2016

(ZIZ News) — In the 2015 Carnival Season many witnessed the usual display of culture through the sports and folklore troupes. But the Department of Culture noted that they’re planning to revive folklore for a bigger and better Sugar Mas 45.

ZIZ News sat down with, St. Kitts’ Director of Culture, Troy Mills, who expressed how satisfied he was with the level of participation he witnessed throughout the Sugar Mas 44 Carnival Season.

He said “one element of the Sugar Mas I was particularly impressed with was the involvement of the folklore. Yes we had quite a few troupes: the Bull, the Masquerades, the Clowns, the Mockajumbies, the Mummies and they were out in their numbers.”

He went on to say that what really touched him was “the fact that I’ve seen the youngest Masquerader I believe performing and it was a young if I’m not mistaken boy and he was one year and a few months and I really felt very, very pleased about that and if that wasn’t enough, then I saw a clown maybe a little older,” adding that “it is telling me that the parents are getting involved and they want to see their children getting involved in the folklore.”

Looking to Sugar Mas 45, Mills stated that the Department of Culture plans to re-introduce sports and folklore troupes that were missing from the Sugar Mas 44 Carnival scene.

“We had as one of our goals to revive at least two of the folklore troupes for Sugar Mas 45. We were trying to get the actors in place for 44 but that didn’t happen so we believe that they’re definitely gonna be on board for Sugar Mas 45 and they’re not included in the two,” he said.

When asked about the sports and folklore groups to be re-introduced, Mr. Mills stated that there would be many to choose from in efforts to grab the attention of persons of all ages.

“We are thinking about troupes like Cow Boys and Indians, Bad Crooks, Nearga Business, David and Goliath, giant despair, Japanese Cake Walkers…I could vaguely remember them but were we able to really harness the necessary resources so we could get them back I think it would work well,” he said.

He noted that “a lot of the older folks would’ve been familiar with them and I think that would help to bring them out and support Sugar Mas 45 in an even bigger way as well.”