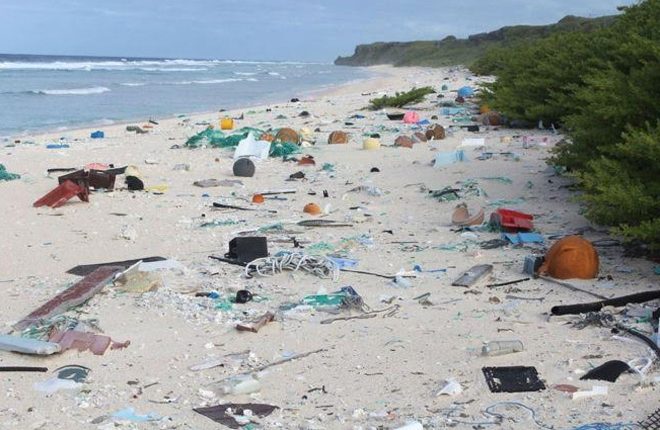 An uninhabited island in the South Pacific is littered with the highest density of plastic waste anywhere in the world, according to a study.

Henderson Island, part of the UK’s Pitcairn Islands group, has an estimated 37.7 million pieces of debris on its beaches.