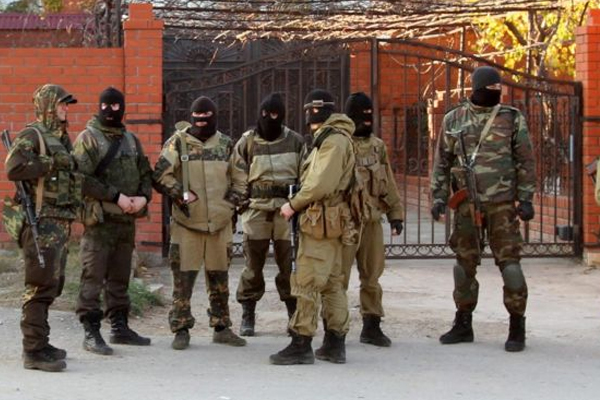 The six men and one woman were killed after a siege in Makhachkala, capital city of Dagestan, Russia’s Anti-Terrorism Committee said in a prepared statement, RIA Novosti reported.

The operation came after 16 people, including several police officers, were injured Friday in explosions from a grenade launcher and a car bomb targeting a restaurant in Makhachkala, the news agency reported, citing investigators.

The investigators said that the seven killed Saturday included a local militant leader and the widow of a dead militant preparing for a suicide attack, RIA Novosti added.

Some of them tried unsuccessfully to break out while a house was under siege overnight, state-run Itar-Tass reported, quoting security and law enforcement officials.

The latest incident follows years of unrest linked to an Islamist insurgency in Dagestan and the North Caucasus region.

It also came as Russian security forces have tried to address security concerns before next month’s Winter Olympics in Sochi, which is perhaps a 12-hour drive from Dagestan on the other side of the Caucasus range.

Russian President Vladimir Putin said Friday that his government is doing “everything possible” to make sure the Olympics will be secure. What it will not do, he insisted in an address broadcast by several television networks, is shudder in the face of the threats.

Concerns about security in Russia were heightened after twin bombings on public transit that killed more than 30 people in the southern city of Volgograd at the end of last month.