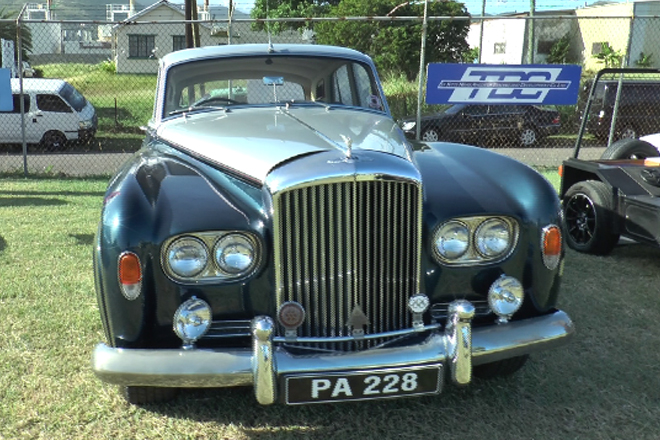 (ZIZ News) – Jahvon Richards of Nevis in his black Toyota Celica claimed the top prize of the best two door car in the federation at the first ever Big People Bizniss Auto Show on Sunday.

The event, held at Flow Grounds, saw some of the country’s fastest, most luxurious and unique vehicles competing in seven judged categories.

Leonard “Lenny” Allen copped the top prize in the four door category with his 1994 Honda Civic.

The street bike and dirt bike categories were swept by Steve Powell, while Esbert Myers of Nevis won the Best SUV/Pickup Truck category.

In what was described as the most anticipated category, Colin Nisbett walked away as the owner of the vehicle with the Best Sound in St. Kitts and Nevis.

Chief Organiser, Shaun Simon said based on feedback, it was one of the best auto shows ever held in St. Kitts.

He said despite a few hiccups, they were able to successfully stage the event “because of a strong and effective organising team and a committed group of sponsors”.

Simon said the intention now is to make the auto show an annual event, noting that they were already approached by the Green Valley Committee to host a similar event during the annual community festival.