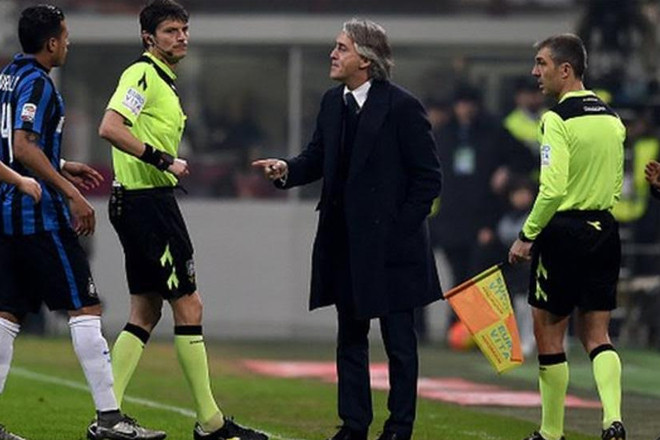 Inter Milan boss Roberto Mancini has been given a one-game ban after he made an insulting gesture during Sunday’s Milan derby defeat.

The ex-Manchester City manager was dismissed for dissent as Inter lost 3-0 to fierce rivals AC Milan in Serie A.

Mancini was upset his side was not awarded a penalty after a challenge between Milan goalkeeper Gianluigi Donnarumma and Inter striker Eder.