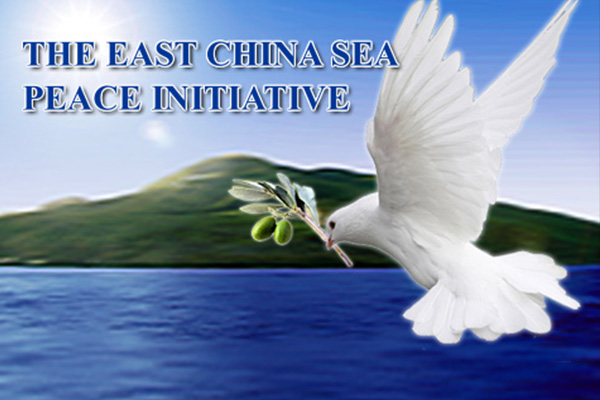 The National Security Council of the ROC, in response to mainland China’s Nov. 23 announcement that it has established an “East China Sea air defense identification zone,” has issued a statement reiterating the following principles:

The Diaoyutai Islands are an integral part of ROC territory, a fact which is unaffected by mainland China’s declaration. The ROC government will continue to defend its sovereignty over the archipelago, protect the rights of Taiwan fishermen in surrounding waters, and maintain patrols to safeguard fishing activities. It is deeply concerned about developments in the region and will maintain close contact with all parties concerned to preserve regional peace and stability.

The NSC statement came following a meeting with heads of the ministries of the Interior, Foreign Affairs, National Defense and the Mainland Affairs Council at 3 p.m. the same day.

Regarding overlap between the air defense identification zones of the ROC and mainland China, the NSC said the ROC Armed Forces will adhere to the principles set forth in the East China Sea Peace Initiative, with the aim of resolving disputes peacefully, while taking appropriate measures to ensure the safety of ROC airspace.

The landmark Taiwan-Japan fisheries agreement which was signed April 10, resolving 40 years of disputes between the two countries, demonstrates the viability of the East China Sea Peace Initiative and serves as an empirical model for peaceful resolution of international disputes. It allows ROC fishermen to operate in areas twice the size of Taiwan with no concession on ROC sovereignty.

Located roughly 102 nautical miles northeast of Taiwan proper, the Diaoyutais are an uninhabited archipelago historically attached to the ROC.

The day after the announcement, the ROC National Security Council issued a press release reaffirming ROC sovereignty over the Diaoyutai Islands, outlining the East China Sea Peace Initiative and measures to ensure the safety of ROC airspace, and stressing that the government is deeply concerned about regional developments and will maintain close contact with all parties.

The disputed ADIZ includes the Diaoyutais, claimed by the ROC, Japan and mainland China. Beijing’s declaration has drawn strong responses from Washington and Tokyo, warning of escalating tensions and potential for conflict in the region.

With the risk of an incident rapidly increasing, the ROC calls on all parties to adhere to the pragmatic approach of the East China Sea Peace Initiative, which has proven its viability in the Taiwan-Japan fisheries agreement that was signed April 10, 2013.

The initiative, in line with the government’s commitment to acting as a peacemaker, urges all parties to replace confrontation with dialogue, shelve territorial disputes through negotiations, formulate a code of conduct in the East China Sea and engage in joint development of resources.

By emphasizing cooperation over conflict and refocusing attention on the sharing of economic resources, the initiative can help parties rise above nationalism and territorial claims, and see beyond their own interests in order to safeguard regional peace and stability.