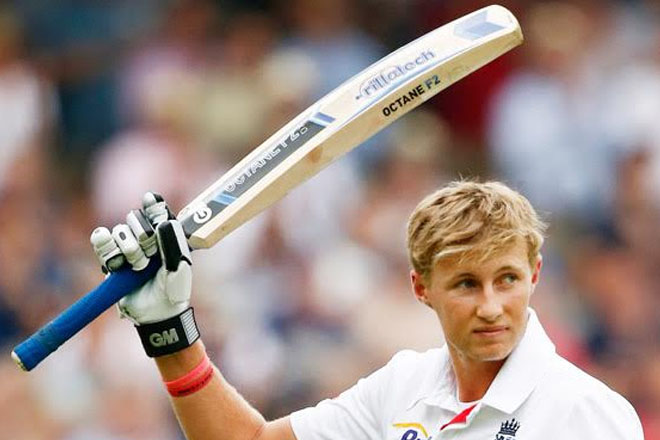 Sports Page — Joe Root has come a long way since he was part of a demoralized England squad that left Australia with a 5-0 whitewash and apparitions of Mitchell Johnson, vaudevillian moustache to the fore, lurking around every corner. Australia will now recognize that improvement only too well after Root’s rapid, sure-footed century galvanized England at the start of the Investec Ashes series.

On a slow Cardiff surface, as if designed to nullify Johnson, a recourse that England might turn to all summer, Root blossomed from the outset as he struck 134 from only 166 balls, an innings of attacking intent that made light of England’s initial loss of three wickets for 43 on a grouchy Cardiff morning.

With England imperilled, Root needed good fortune to get through his first few deliveries from Mitchell Starc, an inside edge saving him from an lbw decision first ball and Haddin then dropping a very takeable one-handed catch to his right from the next delivery as he dug at a full, wide one. Australia barely reacted, as if they imagined it might be a bump ball. But it was a duck they could have done with: instead, he has broken the chains.

Since that Australia series, Root has averaged 85.41 in 13 Tests. It has been an emphatic response, ranking him alongside Australia’s Steven Smith as one of the most exciting young batting talents in the game. Root was once derided as a plodder, Smith as technically adrift. Yet they will refresh this age-old contest, as the best young players indubitably do.