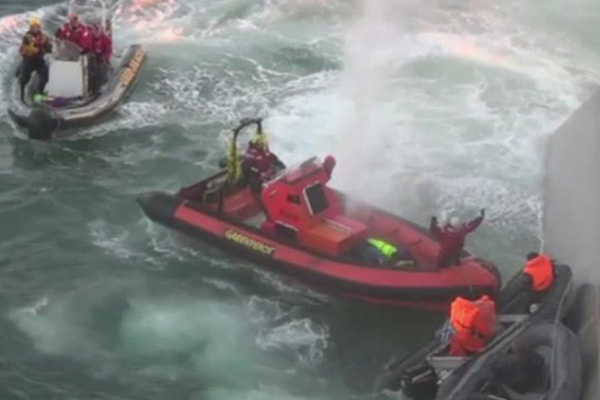 (BBC)—Russian authorities have dropped criminal charges against the first of 30 people accused of taking part in a Greenpeace protest in the Arctic.

The BBC has learned the man is Anthony Perrett from Newport in south Wales, who is preparing to leave Russia.

He was in the group of 28 activists and two freelance journalists arrested in September as they staged a protest at a Russian offshore oil rig.

They were all charged with hooliganism – but have all been freed on bail.

They are being granted amnesty under a new Russian law, signed ahead of the Olympic Winter Games in Russia in February, which has seen several high-profile releases in recent days.

Greenpeace said on Tuesday that one man from the “Arctic 30” group had been told his case was now closed, and that others were expected to receive notice soon.

An earlier report saying that three people had been notified for release was later corrected.

The Greenpeace statement did not name the man but the BBC has learned it is Mr Perrett, 32.

He told BBC Wales last month that the protest had been aimed at securing a legally binding international agreement against oil drilling in the Arctic.

He said his resolve to fight for environmental causes had been strengthened by his arrest.

Twenty-six of the group are foreigners – six of them Britons – and Greenpeace said they would be free to leave Russia once they had the right stamps in their passports.

“We know that getting those stamps would be the best Christmas present for the Arctic 30 and we hope it can happen quickly, but until such time as they do, we still cannot say when they will leave,” it said in a statement.