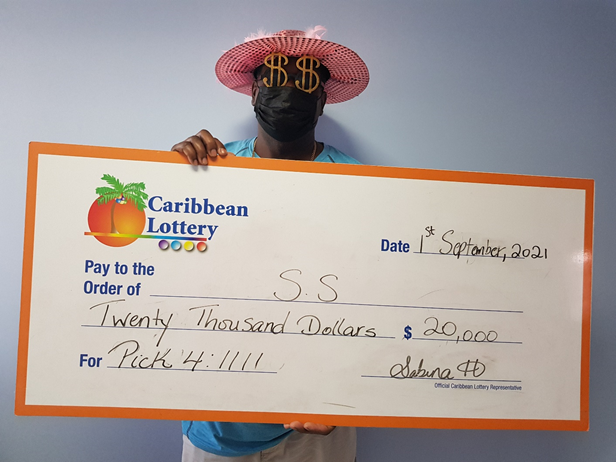 S.S. Returns to Claim Ten Times More with Pick 4 and the Caribbean Lottery

“I won $2,000 during the lockdown and I won couple $800 but this is my first big win,” said the excited winner.  “I choose 1111 because I saw it advertised on television.  Because this was a straight number, I said you know what, let me put a $5 straight on it.  I went back to Brino’s…the agent told me to visit the retail office in town and I realized I won first prize.”

With this exhilarating win, S.S. noted that he “felt really good” as he can now pay some bills and improve his house.

S.S. said he would continue playing the Caribbean Lottery games as “you have to be in it to win it.”

For future players, S.S. had these words of encouragement. “You can start small and increase accordingly. The money won’t come to you if you don’t play.”