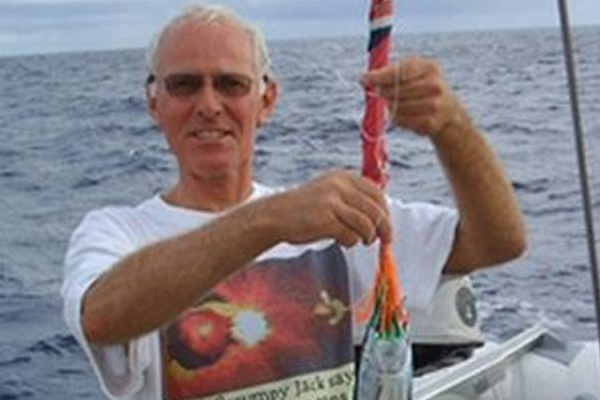 Castries, St Lucia — The government of Saint Lucia has come under fire in relation to alleged bureaucratic delays and inefficiencies that may have indirectly contributed to the death last week of Roger Pratt, a visiting British yachtsman.

Pratt was murdered and his wife injured during an attack on Friday night on their boat moored off Vieux Fort in Saint Lucia.

According to the police, three armed men had boarded the vessel, attacked and injured the occupants before they fled. Pratt was found floating in the nearby waters. He was taken to hospital and was pronounced dead on arrival. His wife Margaret was treated and discharged.

A post mortem examination was due to be conducted on Monday.

The Pratts’ departure from Saint Lucia had reportedly been delayed as a result of being unable to obtain clearance to leave by local immigration officials.

Questions are now being asked as to the reasons for the delay in processing the Pratts’ departure clearance.

According to one report, the Customs official in Soufriere, who could have cleared them for departure from Saint Lucia on Thursday, failed to turn up to work. The Pratts apparently then decided to travel to Vieux Fort, a commercial port with its own Customs office, where they arrived late on Friday morning. That office, however, was closed until Monday, forcing the Pratts to change plans again, and spend their weekend moored in the relatively gritty town — where wealthy western visitors are likely to have stuck out.

One online comment described Vieux Fort as being “littered with thugs and young ones at that.”

Another referred to alleged corruption within the Saint Lucia police force and that corrupt officers “in many cases are the ones providing the criminals with the guns; the corrupt officers are also doing drugs bust then putting the drugs back on the streets. The force has to be cleaned up first before there can be any order or reduction in crime.”

In a press release on Sunday, the Lucian People’s Movement (LPM) said that, if the Pratts were denied clearance to leave because of the country’s bureaucratic system and that the delay in processing their request to leave might have opened them up to the prying eyes of criminal elements, then the Saint Lucia government no doubt has a lot to answer for to the United Kingdom and the rest of the international community.

“For many years now, Saint Lucian governments — and, in particular, those led by Prime Minister Kenny Anthony from 1996 to 2006 and 2011 to the present — haven’t done much to create an environment of ease whereby locals and visitors alike are able to conduct government-related business in a speedy and timely manner. This must be reviewed in order to trim the unnecessary bureaucracy and create confidence in the ability of the government of Saint Lucia to operate within a modern and acceptable system that meets most international standards,” the LPM said.

The LPM also criticised the government’s handling of the situation following Pratt’s murder and said it is appalled by the denial and continued attempts to paint an inaccurate picture of how ruthless the criminal elements on the island have become.

The release referred specifically to a statement issued by Minister for Tourism Lorne Theophilus claiming that “Saint Lucia remains relatively safe for nationals and visitors alike.”

One observer asked to what or where the term “relatively” referred and this appeared to be a case of being “damned by faint praise”.

The LPM suggested that the nation would be better served if the government took a more critical look at what is happening in the country instead of focusing on a narrow public relations stunt that simply seeks to mask or deny the ruthless nature of crime in Saint Lucia.

“The effective management of crime does not entail a willful attempt to mislead the Saint Lucian citizens into believing that they risk tarnishing the image of our country should they speak forcefully against the savagery of criminal activities on the island. Rather, true patriotism mandates that we all place our country above all else, including the selfish and self-serving attempts to retain power,” the LPM said.

According to the LPM, national statistics indicate that over 300 residents (mostly young people) have fallen victim to homicide in the last eight years.

“While the government and its misguided group of supporters continue to ridicule attempts to highlight the serious nature of the problem, Saint Lucia can never effectively move to manage its crime problem unless there is an acknowledgement on the part of the government that this situation is grave,” the LPM said.

The LPM maintained that combating crime requires a progressive government that is willing to forsake all political theatrics and instead focus on uniting the nation in order to provide effective security throughout the length and breadth of Saint Lucia.

“It certainly does not involve having a complacent or passive attitude to crime, or the kind of deafening silence that seems to emanate from within the halls of the government of Saint Lucia following numerous incidents in which locals are gunned down or butchered to death,” the party said.

The LPM said that such official behaviour only serves to embolden criminals by sending the wrong signal that the government of Saint Lucia is unable to carry out its responsibility of ensuring that it maintains a safe and stable society.