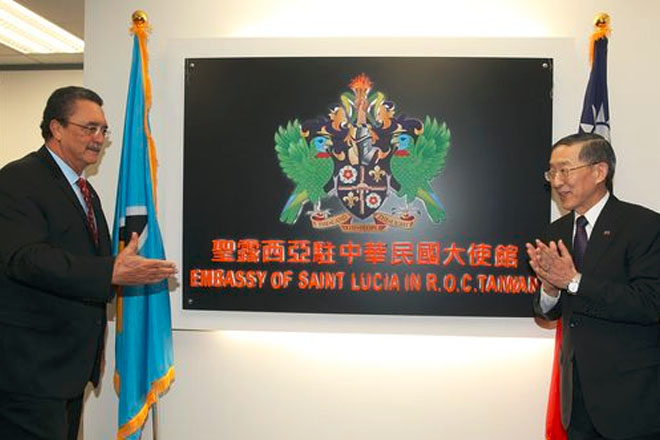 Taipei, Taiwan — The government of Saint Lucia opened an embassy last Thursday in Taiwan – the Caribbean country’s first in Asia, in an effort to strengthen bilateral ties.

During his visit, Anthony met with Taiwan President Ma Ying-jieu, to whom he stressed Saint Lucia’s appreciation for the support received from Taiwan. He also thanked the Taiwan president for the continuous funding of the Constituency Development Program (CDP), which has provided thousands of jobs across all 17 constituencies in Saint Lucia.

Taiwan and Saint Lucia have maintained close cooperation in public health, education, infrastructure and culture since the two countries resumed diplomatic relations in 2007.