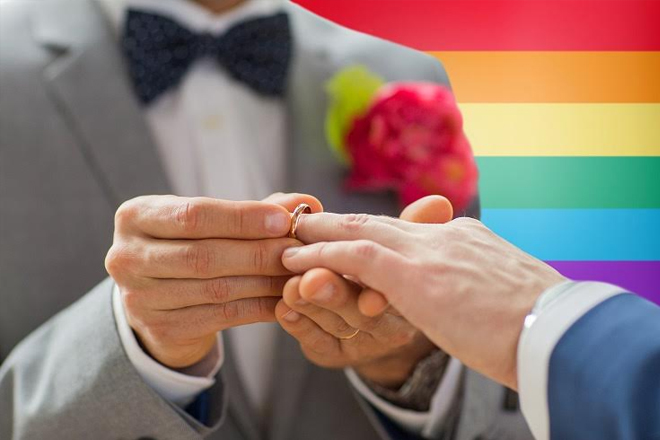 (Caribbean360) When human rights professor Robert Wintemute visited the Cayman Islands in January to deliver a lecture on the islands’ “out of date” laws on gay rights, there had been little discussion on the issue in the territory.

Since then, it has become a national talking point that has led to the resignation of a government legislator from his party amid the first signs of a policy shift on the issue.

In an interview with The Cayman Compass earlier this month, Professor Wintemute, of King’s College, London, admitted things had moved faster than he had anticipated.

When he spoke at the lecture series in January, he had highlighted a pending legal judgment in Europe that he believed would impact rights for homosexuals in the Cayman Islands in the long term.

The Cayman Compass reports that he now says that landmark judgment against Italy in the European Court of Human Rights, which came much earlier than expected in July this year, has accelerated the pace of change, meaning it is “just a matter of time” before same-sex civil unions are recognized in the Cayman Islands.

While the professor said he understood that it was “challenging” for Caymanians to be pulled along, by their association with the UK, at a faster rate than independent countries in the region, he said that from a legal standpoint the package of rights guaranteed in the European Convention was part of the deal of being an overseas territory.

He told the Cayman Compass that he did not understand the argument that allowing rights for homosexual couples, including inheritance and immigration rights, impacted Cayman’s Christian culture.

“Laws should not be used to impose Christian beliefs. If the law in the Cayman Islands protects lesbians and gays against discrimination or creates a civil partnership law to register their relationships, that has no effect on Christian heterosexual couples in Cayman who are free to continue their lives as normal,” he said.

Meanwhile, law professor Leonardo Raznovich, who helped organize the lecture series, has since lost his job and has launched a “test case” appeal against an Immigration decision not to allow him to be listed as a dependent on his male partner’s work permit.

The European Court ruled in a judgment against Italy that it was required to have a framework for recognizing same-sex unions, prompting the Cayman Islands government to acknowledge it may have to alter the way it handles immigration appeals.

To date, it has gone no further in its commitments to amend legislation, viewed by European courts as discriminatory, despite pressure from the Cayman Islands Human Rights Commission to introduce reforms.

Bodden Town MLA Anthony Eden, who objected to those moves, has resigned from government over the issue.

Wintemute told The Compass: “I understand it is challenging for Cayman to be pulled along at a speed that is uncomfortable for them, particularly with Jamaica next door that can do what it wants.

“Cayman and Bermuda are in a unique situation in the region. If they were independent, there might not be much movement on the issue, particularly if majority opinion dictated the policy. But they are not independent, they are overseas territories and the European Court of Human Rights is part of the package.”

Dealing with the immigration issue, as Premier Alden McLaughlin has indicated government will look to do, would only solve one small part of the problem, he said, indicating that it would make no difference for gay Caymanians who might want their partnerships recognized.

“This is not something that expats have brought to Cayman. There are lots of gays and lesbians from Cayman,” he said.

“What is different is that expats are coming from places where they have a lot of legal protection and are more confident in talking about their orientation,” he added.

But regardless of his own views, or those of anyone in the Cayman Islands, Professor Wintemute believes it is now simply a legal issue.

If Cayman does not update its laws to comply with the European Convention, he believes the UK will eventually force it through, as it did in 2000 when it decriminalized homosexuality through the Caribbean Territories (Criminal Law) Order.

“A judgment against Italy doesn’t necessarily immediately lead to action in the Cayman Islands but there should be complicity as soon as possible. At this point, it’s just a matter of time,” the professor said.