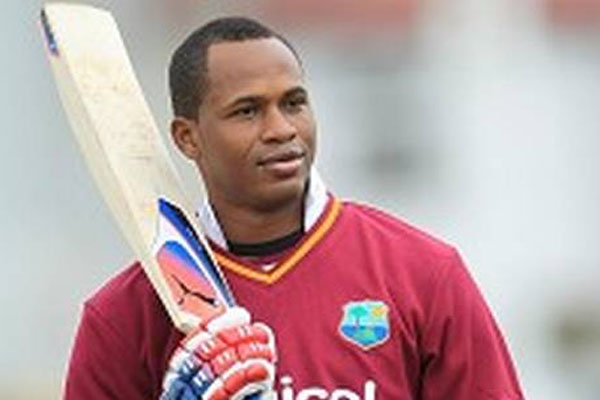 Samuels props up as Windies fight back

St. George’s, Grenada — West Indies middle order batsman Marlon Samuels rallied an ambitious fight back with a counter attack on England bowlers that also brought him within sight of his seventh test century on the first day of the second cricket test on Tuesday.

Samuels batted responsibly to be unbeaten on 94 which helped to pull West Indies out of precarious positions in the rain affected first day at the National Cricket Stadium.

West Indies, who lost their openers before lunch and labored to 104 for four by tea, had recovered to a decent position of 188 for five at stumps after the first hour was lost due to heavy and light showers.

Bad light stopped play with only 70 overs bowled with the home side creeping back into contention after struggling against England’s seam attack in overcast conditions throughout the day.

England struck within the first hour as Kraigg Brathwaite and Devon Smith were removed by James Anderson and Chris Jordan respectively.