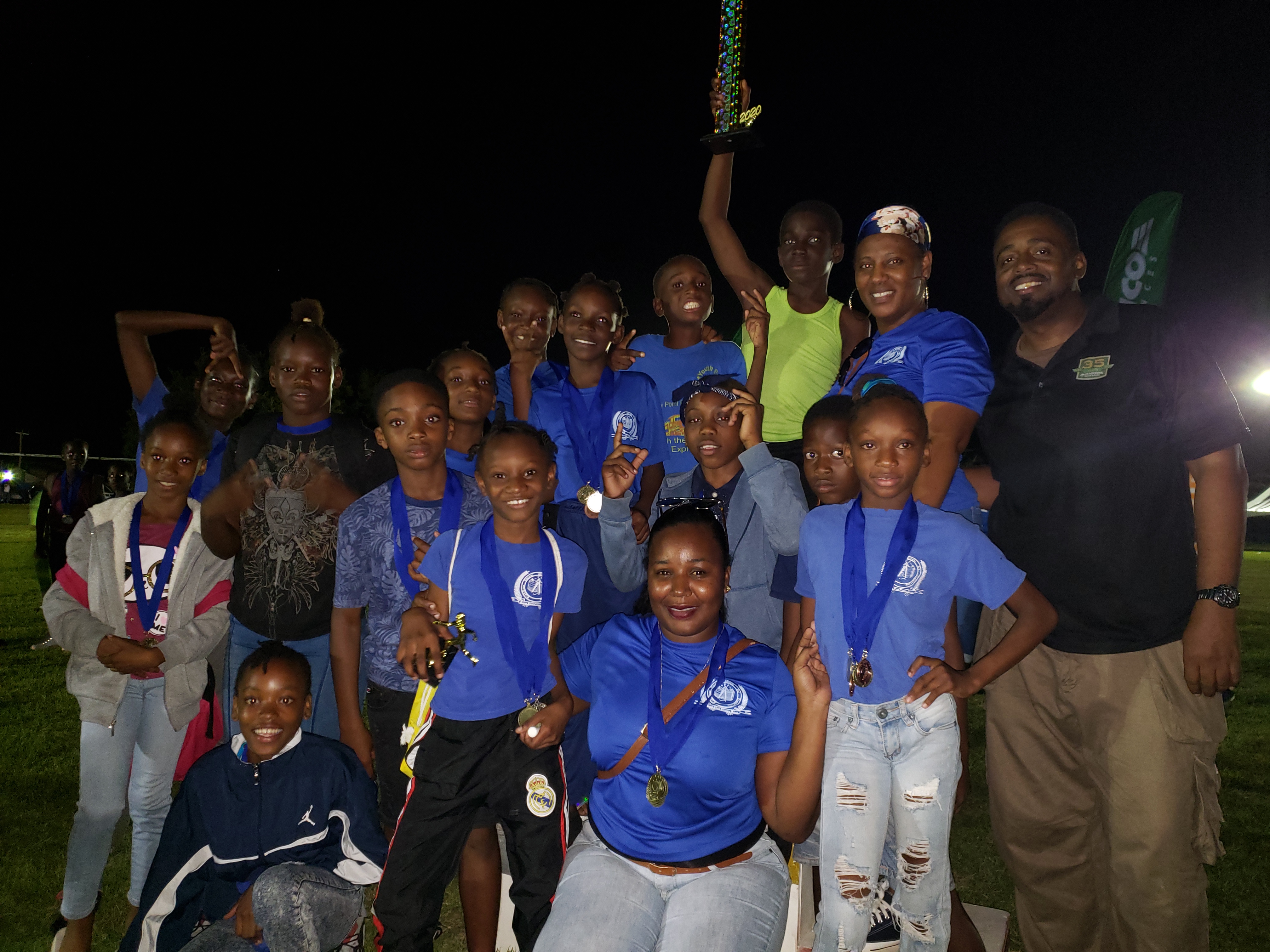 Bronte Welsh Primary School, the fourth school in the championship was unable to earn any top podium spots but its athletes claimed four (4) silver and seven (7) bronze medals.

Taleece Morton of the Newton Ground Primary School gave a spectacular individual effort to capture the Victrix Ludorum title. She amassed fifty (50) points for her school.

Tyrell Williams Primary School’s Zimari Lewis was selected as the Victor Ludorum for his tally of forty (40) points for his school.

The winning trophies and medals were presented to the athletes by representatives of Nagico Insurance Company, who partnered with the Department of Sports for the athletic meet.

There is one more meet left in the recently reintroduced Department of Sports Public Primary Zonal Athletic Championship series. On February 6 is the East Zone 2 Championship, at the St.Paul’s Playing Field. The competing schools are the St. Paul’s Primary, the Edgar T. Morris Primary, the Saddler’s Primary and the Dieppe Bay Primary.