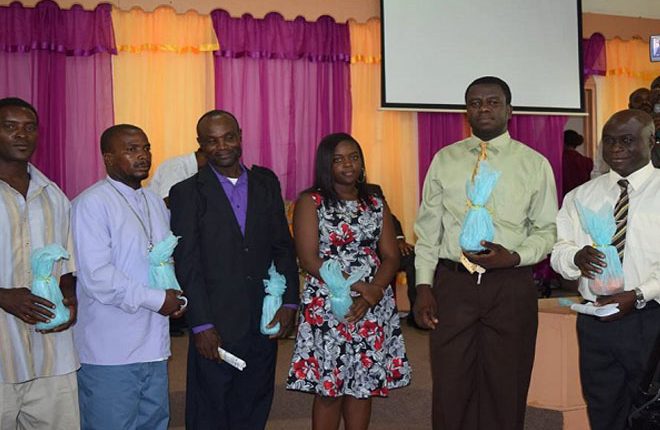 The Sanitary Workers Appreciation’s Church service, which was originally slated to be held in September will now be held on Sunday October 29. The event, normally held in September to coincide with Independence celebrations, was this year postponed due to the passage of Hurricanes Irma and Maria. Unlike previous services, this year’s event will be staged at the prestigious Government House; a significant move in honoring and recognizing the work of sanitary workers in St. Kitts.

Pastor Lincoln Hazel, organizer of the event, while speaking on a recent edition of Solid Waste Management Corporation’s radio show “Talking Trash,” explained the significance of hosting the event at Government House. He said when he asked Governor General Sir Tapley Seaton for the permission to host the event at Government House, he readily agreed. “He came out and said yes and started calling all his staff to say let’s work together and make this thing happen. I think he is going to be more delighted to have that at Government House than any other program he ever had.”

Pastor Hazel, a former Public Health Inspector has been organizing the Sanitary Workers Appreciation Service for 15 years. He explained that his reason was to show gratitude for the service of sanitary workers in both St. Kitts and Nevis. Pastor Hazel was impressed by the work of SWMC workers and when he first conceptualized the service, he was primarily recognizing their efforts. Eventually, environmental health workers in both St. Kitts and Nevis were included in the service. “Our heroes. They are the people who make St. Kitts great. Say what you want. The army can’t do it. Sanitation workers can do it,” declared Pastor Hazel.

Meanwhile, Pastor Hazel thanked the sponsors who have contributed so far, but said more support is appreciated. “Thanks to all those persons who are supporting the sanitation workers appreciation. I must say that it’s becoming something that everybody looks at as needed. Sometimes you start something simple and persons take it to a different level,” he said. “I want to say that we need you to continue to give and if you have given already, please give again. They can give me a call 662-4836 or they could just drop in at my business office Glibaro’s Guest House and Pest Control Service and make the donation and let the secretary know this is for the Sanitation Workers Appreciation. If a check is to be written, make it in the name of Apostolic Faith Mission,” Pastor Hazel explained. He said the church has spent some $13,000 already in gifts in an effort to give every worker a quality gift.

The church service starts at 10am but prior to the start, breakfast will be served, especially for those attending from Nevis who would have left early to attend the event. After the service, the sanitation workers would be treated to lunch and Pastor Hazel has assured there is enough food for everyone. The significance of the occasion has apparently also caught the attention of the government, in that it was officially placed on the Independence Calendar of Activities.