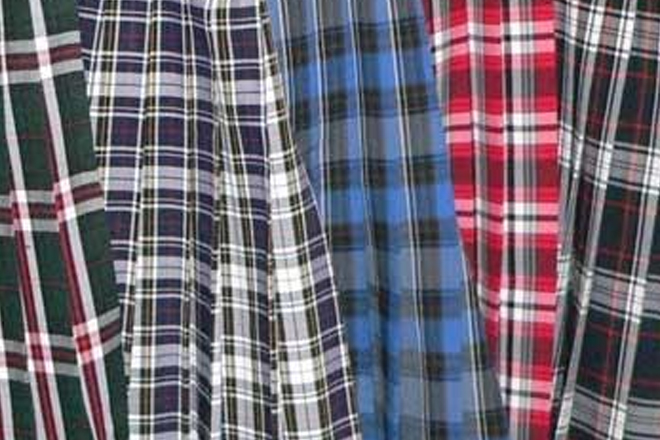 (SKNIS): The School Uniform Assistance Programme in the Department of Community Development, Gender Affairs and Social Services is again assisting parents of the Federation by providing uniforms for their children, now through a more interconnected departmental system.

This was revealed by Azilla Clarke, Director of Social Services and Community Development, who explained that the services provided by the department, inclusive of the School Uniform Assistance Programme are now more intertwined due to a revision of the entire social safety net system.

“The revamp that the Department has been undergoing since 2012 looks at providing wrap-around services, so once a family qualifies for one benefit, they should automatically feed into others,” she said. “So we know that all families on our Food Voucher (Assistance Programme) automatically get school uniforms, so that’s one population that we can see to processing easily.”

The Director of Social Services elaborated that this enables the School Uniform Assistance Programme to operate in two sections.

“We process all households that are already receiving previous assistance from the government such as the Food Voucher Assistance Programme,” Ms. Clarke said, explaining that food vouchers are distributed on a bi-montly basis. “Typically Food Assistance is processed after the Easter break, so they use the March and May vouchers to gather information on the families. So by June we have that list. Then we open (the application process) to the public, as in persons who have never received assistance from, or are not receiving consistent assistance from the Department prior; we opened to those from July 04 to September 09.”

Ms. Clarke said that the number of parents and guardians has been steadily increasing.

“Our figures indicate that a majority of the clients for the School Uniform Assistance is actually our existing client-base; that’s why we process them first so that we’re in a position thereafter to just deal with the influx from what we consider to be the general public.”

During her presentation at the Parliamentary Sitting of August 23, 2016, Honourable Wendy Phipps, Minister of State and Senator responsible for the Ministry of Health, Community Development, Gender Affairs and Social Services revealed the figures thus far.

“So in summary then, we have extended assistance to some 905 children in all benefiting from both protocols, the vouchers for shoes and uniforms and in all 593 children would have received uniform vouchers,” Minister of State Phipps said. “Together all of the support total $191,504 in terms of the Team Unity Government’s approach to trying to facilitate the back-to-school preparations for our young people, especially those children who are growing up in families that could be considered indigent or poor.”

The School Uniform Assistance Programme application process is open to all citizens, nationals and legal residents of the Federation of St. Kitts and Nevis who have children enrolled in public learning institutions which include public primary and secondary schools, as well as the Clarence Fitzroy Bryant College (CFBC) and the Advanced Vocational Education Centre (AVEC).