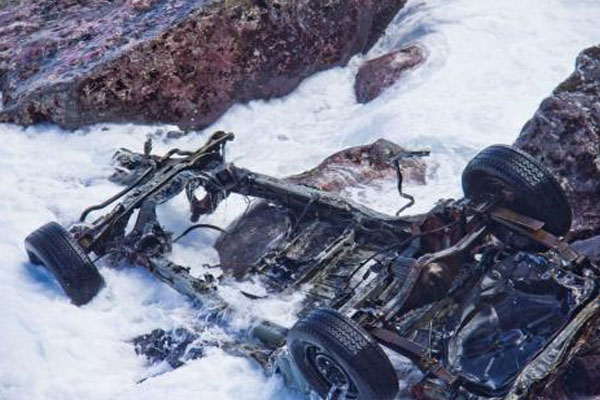 Kingstown, St Vincent — Flags are flying at half-mast in St Vincent and the Grenadines even as the search continues for two school children still missing after Monday’s tragic accident in the north of the country.

Five children died when the minivan they were travelling in apparently developed mechanical issues, veered off the road and crashed into the sea.

The resumption of the Vincentian parliament was delayed as a result and will now reconvene on January 28.

In an address to the nation on Thursday evening, Prime Minister Dr Ralph Gonsalves told the nation his administration was doing all it can for the grieving families.

He also assured the delay in the presentation of the budget will not lead to any laws being broken.

“Parliament will now meet on January 28 at 4pm. The Appropriation Bill 2015 is expected to be enacted within the constitutional time frame following the budget debate.

“The Estimates of 2015 have already been accorded Parliamentary approval in keeping with the constitution if St Vincent & the Grenadines,” Gonsalves said.

As of Wednesday, flags are flying at half-mast until further notice.

The families of the five children who died have agreed to hold a joint funeral on the 25th of January.

A local funeral home has agreed to cover the cost for funeral arrangements on behalf of the families.

However and official day of mourning will not be declared until the two missing children are found.

“A day of national mourning will soon be announced. The community accepted a suggestion that such a declaration ought not to be made before the two missing students are found or the search and rescue operation is called off,” Gonsalves said.

He noted that commitments have also been made to the children who were in the minibus and their families in respect of their care comfort and education up to university level; these commitments will be laid out in detail in parliament at an appropriate time.

Gonsalves promised no effort will be spared in getting the best medical treatment for those still at hospital both at home and abroad if the latter becomes necessary.

The government is ordering a new school bus to transport children from the northernmost community of Fancy to school; a temporary one will be on the road come Monday.

The crisis centres at the Milton Cato Memorial hospital and the Fancy Seventh-day Adventist Church will remain in operation for the immediate future.

While praising the response of various state agencies, Gonsalves made no mention in his address of calls for official recognition to be given to those who risked their own lives and waded into the churning sea to retrieve the bodies of those who perished.

The prime minister ended his address with a word of encouragement found in a line from the national anthem: “What e’er the future brings, our faith will see us through.”

Below is a list of those who were on board the ill-fated minivan: