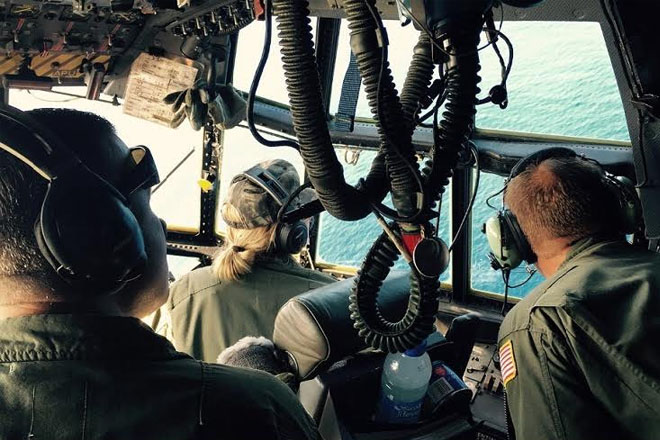 Search for crew of missing ship called off

Florida, United States — The US Coast Guard has suspended the search for the more than 30 crew members who disappeared with their ship during Hurricane Joaquin a week ago.

US Coast Guard, Navy, Air Force, Air National Guard and tugboat crews have searched more than 183,000 square nautical miles off the Bahamian coast in a joint effort to locate the 28 American and five Polish crew members who were on the vessel when it sank but, after a full week of looking, only turned up one dead body in a survival suit on Sunday night.

“I have come to a very difficult decision to suspend the search for the crew of the El Faro at sunset tonight. My deepest condolences go to the families, loved ones, and friends of the El Faro crew,” said Rear Admiral Scott Buschman, commander, Coast Guard 7th District.

A heavily damaged life boat, a partially submerged life raft, a survival suit, life jackets, life rings, cargo containers, Styrofoam, packaged food and an oil sheen were also found, but there have been no signs of life or the missing ship.

The El Faro, a 790-foot cargo ship, was en route to San Juan, Puerto Rico, from Jacksonville, Florida, when it reported some challenges. At approximately 7:30 a.m. that day, Coast Guard watchstanders were notified the El Faro was disabled in the path of Hurricane Joaquin, had lost propulsion and had a 15-degree list.

The crew reported the ship had previously taken on water, but all flooding had been contained. There was no contact with the ship after that, or any sign of it, and the Coast Guard said El Faro most likely sunk.

The focus has now shifted to salvaging the boat.