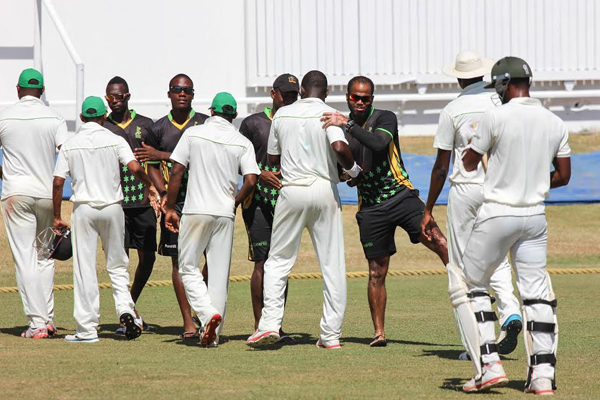 St. John’s, Antigua — With new rules in place, there is extra-special interest to see how this will impact upon the selectors of the six franchises in the second Player Draft of the West Indies Cricket Board’s Professional Cricket League.

The Draft, which has been organised with the goal of achieving an equitable distribution of the available player talent in the Regional 4-Day and NAGICO Super50 tournaments, will be staged this Thursday, June 18, at the Accra Beach Hotel in Barbados, starting at 1 p.m. Fans can view the “live” webcast of the Draft on the WICB’s website, www.windiescricket.com.

The Draft will be conducted over five rounds and two adjustments have been made to the Draft process which is expected to tax the selectors as their make their choices.

First, the rules stipulating the composition of the playing squad of each franchise have changed.

Each franchise must contract a minimum of 15 players, 10 of whom will be pre-selected from the home territory.

But each franchise will now have to include two players from outside of their home territory in the remaining five players drafted from the Player Pool, unlike last year when there was no stipulation.

The second change reduces the time allocated for each selector to make a pick in the Draft. They have now been allotted two minutes – one less than last year – to complete their choices, possibly making the task even more urgent.

With the selection order for the Draft the reverse order of the final league position of the franchise in the 2014-15 WICB PCL Regional 4-Day Tournament, newly-appointed Leeward Islands head coach Reginald Benjamin will have the honour of making the first pick this year.

The Hurricanes finished at the bottom of the table last season and will be looking to possibly shore up their batting, which has been a bugbear in recent years, with the choice of two batsmen from outside of their home territory in the Draft.

The next two sides to pick in the Draft have similar needs to each other. Gus Logie, head coach of the Trinidad & Tobago Red Force, will pick second and will be followed by Wavell Hinds, chairman of the Jamaica Franchise selection panel.

Both may look to import batting talent from outside of their home territory to give backbone to their line-ups, but could also use the Draft choices to add a bit more edge to their bowling.

Chairman of selectors Charles Walter will make the fourth pick in the Draft for the Windward Islands Volcanoes and will also look to boost his batting with outside help, but he may also scoop up any decent all-rounder in the Player Pool to add balance to the line-up.

The selection order will be completed by the choices of last season’s top two teams in the R4Day, with Hendy Wallace choosing for Barbados Pride, and fellow chairman of selectors Rayon Griffith picking for the WICB PCL R4Day champions Guyana Jaguars.

The Pride will have an eye on replacement batsmen for a number of their key players, likely to be missing on duty with West Indies for a tour of Australia in the early part of the season, and a trip to New Zealand, as well as the ICC World Twenty20 Championship in India in the latter stages.

Batting could still be a concern for the Jaguars, but two fast bowlers to add an edge to their attack, particularly when they are playing away from home, could make a significant difference to their line-up.

The list of pre-selected players and players that will form part of the Draft pool will be released on Wednesday.