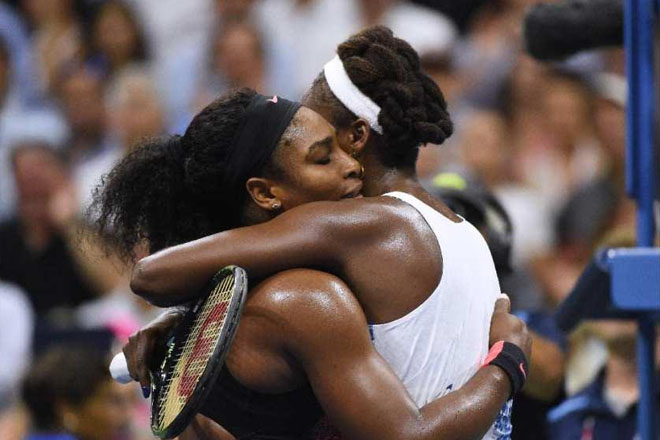 New York (AP) — For stretches of the 27th edition of Williams vs. Williams, Venus gave Serena all she could handle.

And when Serena took control down the stretch to emerge with a 6-2, 1-6, 6-3 victory in a well-played U.S. Open quarterfinal, allowing her to continue pursuing the first calendar-year Grand Slam in more than a quarter-century, a smiling Venus wrapped both arms around her little sister for a warm hug at the net and whispered, ”So happy for you.”

”Obviously we are very, very tough competitors on the court,” Serena said later, ”but once the match is over, the second it’s done, you know, we’re sisters, we’re roommates, and we’re all that.”

Serena called their unique sibling rivalry ”the greatest story in tennis,” and who would argue? A couple of kids taught by their dad on cement courts in Compton, California, making it all the way to the top.

With two more match wins, the No. 1-ranked Serena would become the first player since Steffi Graf in 1988 to collect all four Grand Slam titles in a single season. Plus, if she can win what would be her fourth U.S. Open in a row, and seventh overall, she would equal Graf with 22 major championships, the most in the professional era and second-most ever behind Margaret Court’s 24.