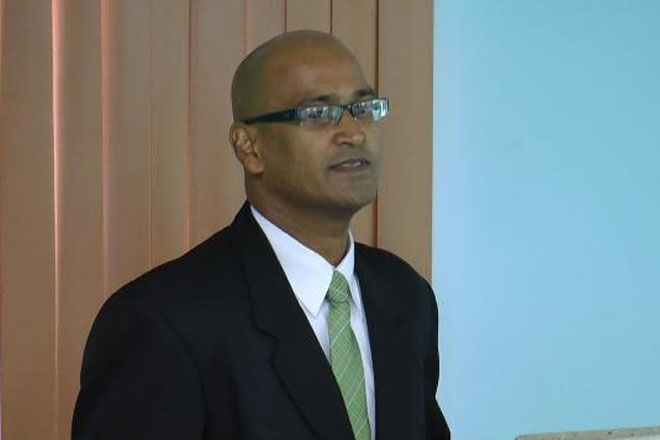 (ZIZ News) – The country’s Acting Director of Public Prosecutions, Arudranauth Gossai is expecting to see a change in the way investigations are handled by police officers.

Gossai made that clear on Monday morning when he addressed the opening of a Serious Crimes Investigators Course.

“What I’ve seen in the short time I have been here is that the respective departments or sectors are very territorial but when it comes to crime fighting we cannot be territorial,” Gossai stated.

“We have to join hands together and try to fight it together. So as much as it is going to be enjoyable, I hope that at the end of it, come January 2016 when I look at the police files on my desk, I will see comprehensive investigation being done in trying to fight crime,” he added.

Assistant Commissioner of Police, Ian Queeley explained that the two-week course is a joint training initiative between the local police force and the Customs and Excise Department, in response to the recent crime.

He said, “Whether we want to appreciate it or not, these are very challenging times and they are challenging, not only for law enforcement officers but for the society as a whole, and even by extension, the region.”

He said the spate of homicides that the country had been experiencing “is unaccepted by any measure and it is for that reason why we have embarked upon a programme that is designed not only to prevent but in the event that they do have homicides, we are capable of detecting and successfully prosecuting.”

The course, which also has participants from security forces on Antigua and Barbuda, is being led by advisors of the Bramshill Police of London.