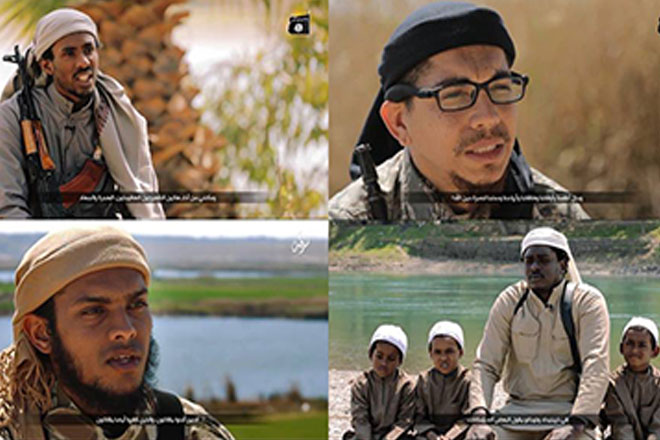 (Guardian.Co.TT) There are groups who have been recruiting T&T nationals for Syria-based terrorist group Islamic State (ISIS), former minister of national security Gary Griffith has confirmed.

And the fact that local authorities have evidence that people have left T&T to become foreign terrorist fighters with (ISIS), also confirms the high probability that some nationals have returned home and are not only recruiting locals but training them as well, he said yesterday.

Former head of the National Operations Centre, Commander Garvin Heerah, also confirmed several Trinis had returned home in the last three years after linking up with ISIS in Syria.

Both men made the comments following word from local intelligence sources that a number of T&T-born foreign terrorist fighters (FTFs) had returned home alongside their families in the last couple years.

Speaking about intelligence which had been tracking the situation in T&T during his tenure, Griffith also confirmed the past government had been monitoring persons who had been aiding and abetting T&T nationals to join ISIS. “And that included assisting such persons with getting visas and making their way from T&T to the Middle East,” he said.

Yesterday, the T&T Guardian was also informed that a 22-year-old Belmont youth was the most recent person to head out of T&T for the Middle East, earlier this month. That case was prompted by financial gain, intelligence sources said.

The T&T Guardian also learned from the Muslim community yesterday that an East Trinidad man in his late 20s, a former St Mary’s College student who had graduated from university with a law degree, was among those who went to Syria in mid-2014. He is believed to have been killed a few weeks ago, a source said. The man comes from a prominent Muslim community family.

Scrutiny on T&T FTFs continues following last Friday’s ISIS-claimed terrorist attacks in Paris and Tuesday night’s raid by French security forces in St Deni where two suspected terrorists were killed, including a female who blew herself up. Eight others were arrested. Some 129 were killed and 352 injured in the Paris attacks last Friday.

National Security Minister Edmund Dillon on Tuesday put T&T on heightened vigilance with a framework of monitoring and surveillance measures. He also indicated Government was discussing revisiting the current situation of free, unrestricted/unhindered entry of T&T nationals who have joined ISIS. Some 89 fighters and family members are said to have linked with ISIS to date.

Contacted yesterday, attorney Nafeesa Mohammed, who said local Muslim community Maulanas were scheduled to meet last night to discuss the situation, called for mechanisms for the communities to locate geographically exactly who had gone to Syria, those killed and who had returned.

“The National Security Ministry is justified to take every action to deal with anyone who leaves T&T with the intention of going to another country and killing human beings but there’s a thin line between hysteria and vigilance and we need to deal with the merits of each case,” Mohammed told the T&T Guardian.

Efforts are also being made for law enforcement officials to go on air soon to speak to communities to help local Muslim members ascertain who had left.

Expressing concern at the recruitment of youths who lack a sense of belonging, Mohammed said of particular concern was the family structure situation where there may be more than one wife involved. She also expressed concern about cyber recruiting. Heerah said he had advocated implementing systems to track cyber recruiting by ISIS.

Yesterday, Umar Abdullah, of Tobago’s Lowlands masjid, who said persons had gone to Syria from Rio Claro, San Fernando, Chaguanas, Diego Martin and Port-of-Spain, said some FTFs were not attached to particular masjids. “What they had in common is a sense of isolation. Those who return may not want to go back since their experience might be a deterrent,” he told the T&T Guardian.