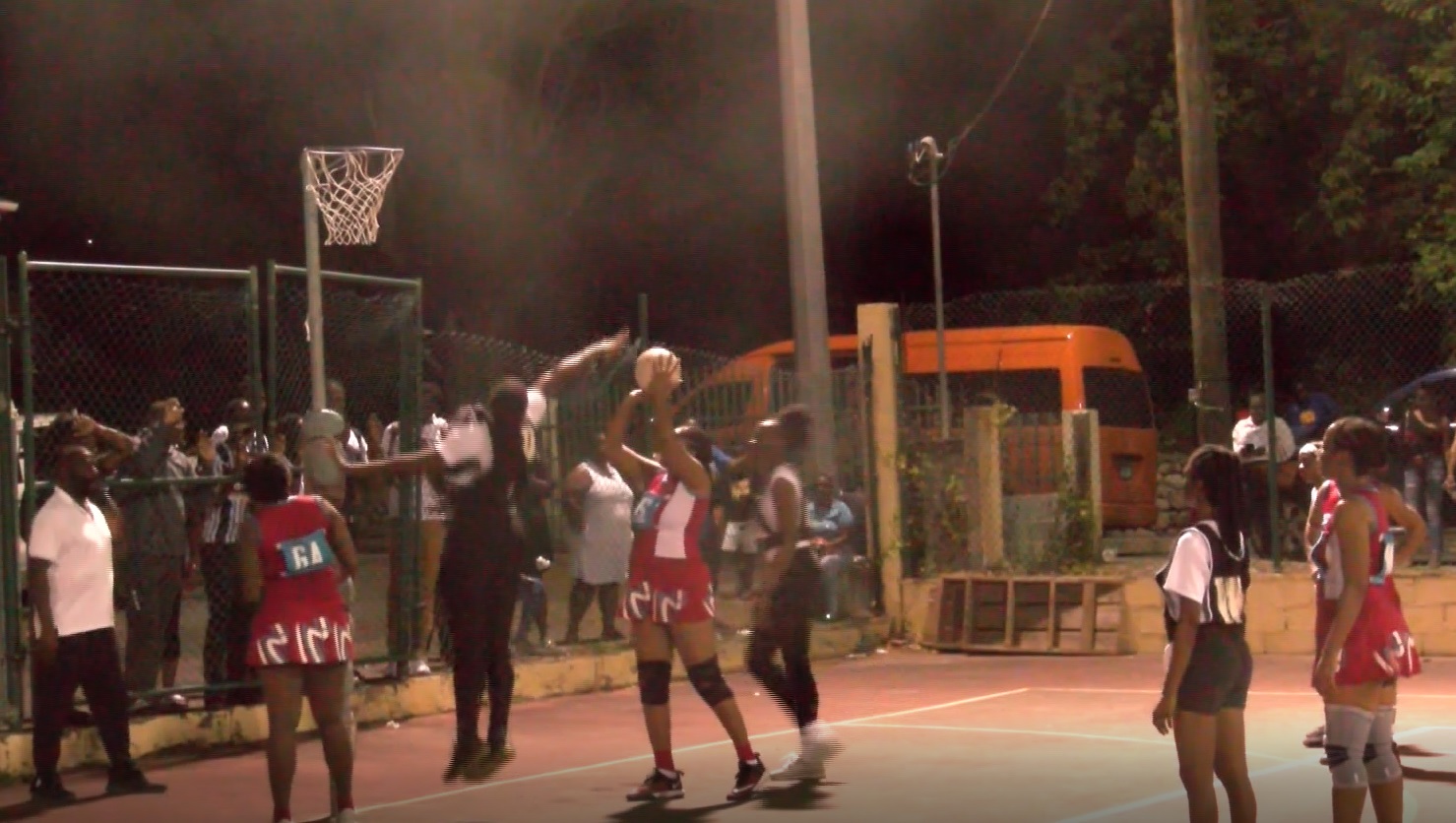 Basseterre, St. Kitts, December 10, 2021 — There was a huge crowd at the Brown Hill hardcourt on the evening of Saturday 4th December, as the Netball matches, hosted by the St.Kitts and Nevis Netball Association, continued.

Match two, was a much-anticipated one, as the National squad, comprising of players from both St.Kitts and Nevis, faced off with the experienced Shamrocks team, out of St.Kitts.

It was a very intriguing contest, from start to finish, but the Shamrocks team just managed to keep a lead throughout.

One of the featured players of St.Kitts based team is former star center for the Nevis team, Natalie Nisbett, who showed that she still has the ability and energy.

At the final whistle, Shamrocks won quite comfortably, with a scoreline of 51 to 36.

Newly acquired Jamaican Coach, who was recently flown in, to work with the national squad, Shawn Murdock, is convinced that the team can only get better, as he sees real potential in the players.