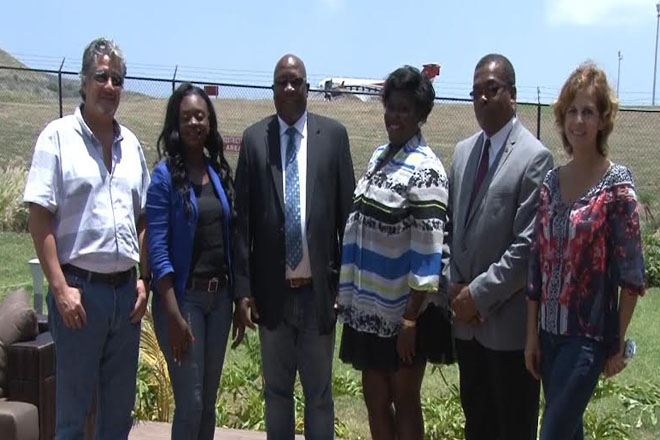 Shooting Victim Gets Help From Venezuela

(ZIZ News) — A woman who was the victim of a shooting incident last year on “The Strip” at Frigate Bay is receiving medical treatment thanks to the Government of Venezuela.

Eunella Henry left the country on Sunday morning to receive medical attention for a bullet that is still lodged in her leg.

She spoke with the media about the events that led up to this point.

“Last year July, I got shot in that crazy shooting that they had at Frigate Bay at The Strip and now the bullet is still lodged in my leg. I’m travelling to Venezuela to see if anything can be done…taking out the bullet,” she said.

“We went to the minister and asked for his help and without any hesitation he reached out and he made his contacts and that is why we are here today,” she said.

Prime Minister Harris said when he heard Henry’s story he knew he had to intervene on her behalf and that of other victims of violent crimes who may need medical help.

Dr. Harris also thanked the Government of Venezuela for its willingness to assist Eunella Henry.

“She is the innocent victim of a shootout at The Strip last year and when I learned that she still continues to suffer pain, sometimes very aggravating pain as a result of the shots that had been fired, I thought that we had to a look a way to assist her and in future assist other innocent victims of crime,” he said.

“And so, I brought that specific incident to the Government of Venezuela and I want to thank them for saying that this is a project that we could readily attend to under the vision of providing improved health care for the people in the Americas,” he added.