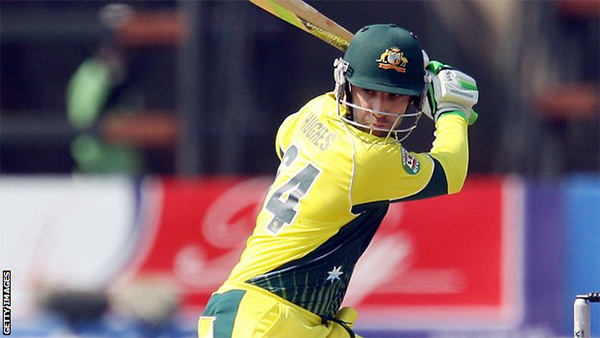 Simmons hopes Hughes recovers as he did

London, United Kingdom — Former West Indies batsman Phil Simmons says he hopes Australia’s Phil Hughes is as lucky as he was with his recovery from a serious head injury.

Hughes is in a critical condition after being struck on the head by a bouncer in a state match in Sydney on Tuesday.

Simmons was hit by a David Lawrence ball in 1988 but made a full recovery following life-saving brain surgery.

“I was out of hospital in eight days, which none of the doctors expected. I hope he pulls through,” said Simmons.

Simmons was the same age as Hughes – 25 – when he took a blow on the head from a Lawrence short ball in fading light in Bristol during a tour match against Gloucestershire.

His heart stopped and he required emergency surgery at Frenchay Hospital.

But Simmons, who unlike Hughes was not wearing a helmet, made a full recovery, playing in a charity match in the Caribbean four months later before resuming his international career the following year.

“My injury was as serious as you can get,” Simmons, now Ireland coach, told BBC World Service. “I had to have emergency surgery to have a clot removed from my brain.

“I was written off as never to play again and put in a long-term unit for head injuries, but I was out in eight days.”

Simmons also said he felt sympathy for New South Wales bowler Sean Abbott, whose delivery struck Hughes on the back of the head beneath his helmet after the batsman had missed a pull shot.

Lawrence, who played five Tests for England before his career was ended by a horrific knee injury, was deeply affected by the aftermath of his delivery to Simmons.

“I had known ‘Syd’ from a long time before,” said Simmons. “We were friends before that through [West Indies paceman] Courtney Walsh.

“My wife told me when I was in the hospital bed he came to visit. He was holding my hand with tears running down his cheek.

“A bowler is never to blame. It’s just one of those unfortunate things that happen once in every long while.”

Simmons said his wife hid the full details of his injury from him for two years after he regained consciousness, helping him focus on returning to the cricket field.

“All I thought about when I came through was that I wanted to play again,” he added. “I wasn’t studying all the tubes all over my body.

“That was my catalyst. I looked forward to playing cricket again and playing for the West Indies.”

Hughes, who received mouth-to-mouth resuscitation at the side of the pitch, is in an induced coma at St Vincent’s Hospital after surgery.

Doctors will provide an update on his condition on Wednesday.

“My wife called me as soon as it happened,” added Simmons. “He is the same age as I was with the same name. I think there’s an omen somewhere that that he will pull through and I hope so.”