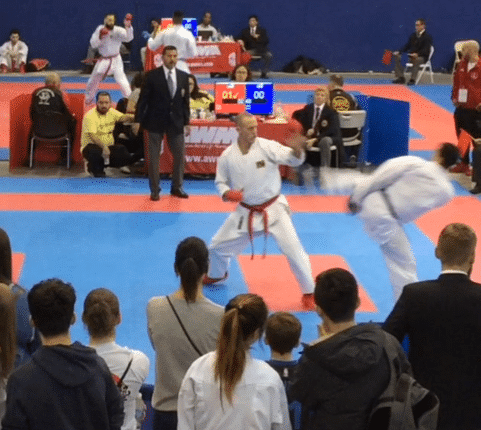 There were 650 competitors and 21 different national federations present.

General Secretary of the St Kitts and Nevis Karate Association, Ryan Borcyk competed and lost unfortunately in the Bronze Medal match of sub-84 kilo men’s elite fighting but won the gold in last month’s “Samurai international open” for the second year in a row.