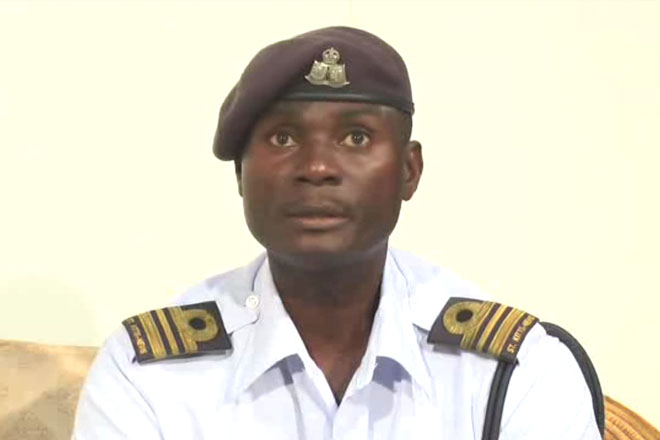 (ZIZ News) — ZIZ’S television studio was the venue for Thursday’s press conference organised by the St. Kitts-Nevis Defence Force, ahead of its hosting of the Maritime Phase of Tradewinds 2015.

Following the press conference, ZIZ News spoke with Co-Chair of the Tradewinds 2015 committee Major J. Anthony Comrie who gave an overview of the event.

“Tradewinds 2015, the Maritime Phase or Phase One, will be held in St. Kitts from the 31st May to the 9th of June. We are expecting to have just under 500 security personnel visiting the Federation. Phase One basically has two components: the Maritime Phase and the Land which will be humanitarian assistance, disaster relief and that is spearheaded by NEMA,” he said.

Major Comrie said plans are well underway with more than one month to spare.

“Preparation is going good and we conclude the final planning conference about a week ago so we well on track,” he said.

Comrie also outlined the expected benefits of the Tradewinds Exercise to the Federation.

“So we are hoping at the end of Tradewinds, St. Kitts will be in a better position to protect its borders and also give us that ability to deal with any threats of maritime security or safety,” he said.

The exercise is conducted in two main phases; Phase One, which is maritime focused, will be conducted on St Kitts; and Phase Two, which is land operations oriented, will be held in Belize from 14 – 24 June 2015.